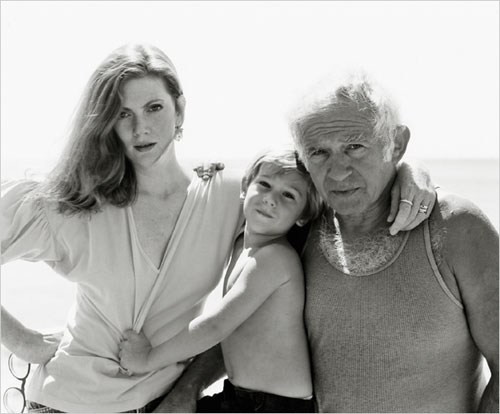 Artist and author Norris Church Mailer has died at the age of 61. The cause was gastrointestinal cancer that she battled for 11 years.

Widow of Norman Mailer, Norris managed her husband’s career and family life for over thirty years and established herself as a writer. Recently, she published a memoir called A Ticket to the Circus where she reveals details of her relationship with Bill Clinton (long before she ever met Mailer and when Hillary was Bill’s girlfriend) as well as her late husbands relationship.

She writes in her memoir, A Ticket to the Circus:

When Norris discovered the scope of Mailer’s infidelities, she was struck by how many of the women were either his age – he was near 70 then – or significantly overweight. “He made the remark, ‘Sometimes I want to be the attractive one.’ I think he felt if it wasn’t somebody young and beautiful, he wasn’t betraying me as much. He just couldn’t resist someone who told him what a great man he was and what a great writer he was. Every time he fell for it.