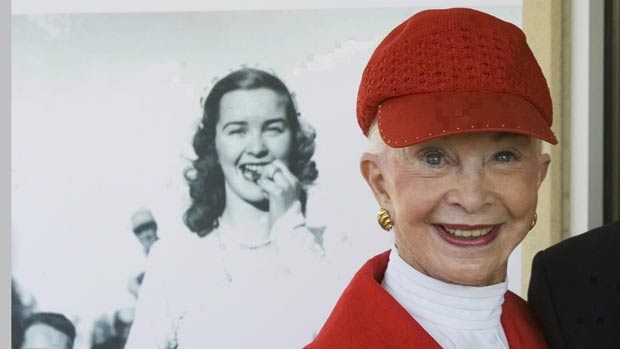 Olympic figure skating champion and Canada’s sweetheart Barbara Ann Scott died Sunday at the age of 84. She was at her Amelia Island, Fla., home with husband Tom King. The cause of death is unknown. Skate Canada president Benoit Lavoie said in a statement, “Barbara Ann set the standard for generations of female athletes and women skaters who came after her.”

As the only Canadian to win the Olympic women’s figure skating gold medal, Scott was looked up to by young Canadian women in the late 1940s and early 1950s. Click here to read more about Scott.