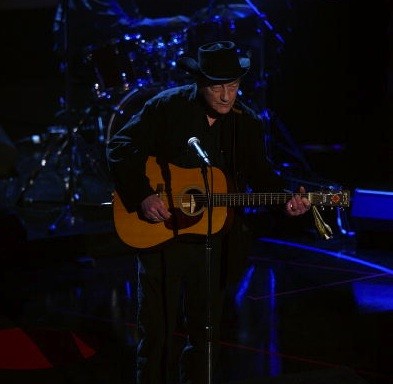 The musician known for his toe-tapping hits and black cowboy hat was aware of his declining health and penned a note to his fans a few days ago. Posted on his website, the message says Canada kept him “inspired with its beauty, character and spirit, driving me to keep marching on and devoted to sing about its people and places that make Canada the greatest country in the world.”

Connors was one of Canada’s biggest cheerleaders and wrote “The Hockey Song,” which is played in rinks all across the nation. The National Hockey League tweeted “Sad to hear that legendary Canadian Stompin’ Tom Connors has passed. His legacy lives on in arenas every time the song is played.”

Connors is survived by his wife, Lena, two sons, two daughters and many grandchildren.

Here is a copy of the letter published on his official website:

Hello friends, I want all my fans, past, present, or future, to know that without you, there would have not been any Stompin’ Tom.

It was a long hard bumpy road, but this great country kept me inspired with it’s beauty, character, and spirit, driving me to keep marching on and devoted to sing about its people and places that make Canada the greatest country in the world.

I must now pass the torch, to all of you, to help keep the Maple Leaf flying high, and be the Patriot Canada needs now and in the future.

I humbly thank you all, one last time, for allowing me in your homes, I hope I continue to bring a little bit of cheer into your lives from the work I have done.