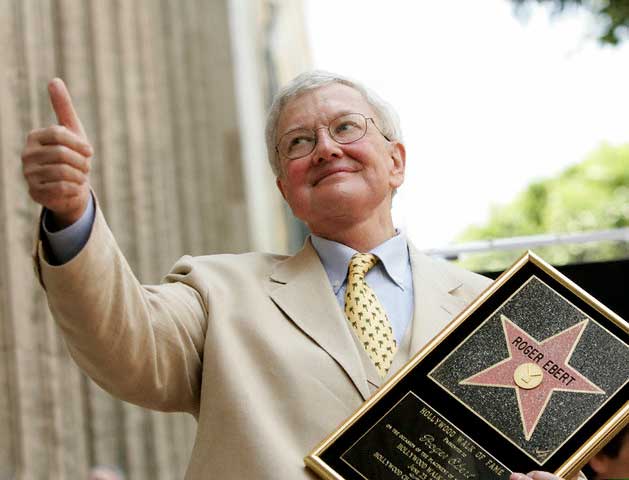 Legendary American film critic Roger Ebert – the first reviewer to win a Pulitzer Prize or to be awarded a star on the Hollywood Walk of Fame – has died. He passed away earlier today at age 70, having recently announced he was battling a recurrence of cancer. News of his death broke via the Chicago Sun-Times, the same publication where Ebert famously reviewed films for 46 years.

“It is with a heavy heart we report that legendary film critic Roger Ebert (@ebertchicago) has passed away,” the newspaper wrote on Twitter.

Born on June 6, 1942, in Urbana, Ill., Ebert rose to prominence as North America’s most trusted film critic on the back of his career at the Sun-Times, his numerous books about film and his more than three decades on television shows such Siskel and Ebert and The Movies and Ebert & Roeper & the Movies, which he hosted alongside fellow film critics Gene Siskel and Richard Roeper respectively. In 2007, Forbes magazine rated him above such high-profile personalities as Bill O’Reilly and Geraldo Rivera as the “most powerful pundit in America,” noting he “appeals to 70 per cent of the demographic and whose long career makes him well known to well over half the population.”

Beginning in 2002, Ebert battled both thyroid and salivary gland cancer, which eventually claimed his lower jaw and ability to speak. “But Ebert refused to hide, instead forging what became a new chapter in his career, an extraordinary chronicle of his devastating illness that won him a new generation of admirers,” wrote Sun-Times reporter Neil Steinberg.

This past Monday marked Ebert’s 46th anniversary at the Sun-Times. On Tuesday, he wrote that he’d be taking leave due to a recurrence of cancer, which was discovered after a hip fracture. He wrote, “I am not going away. My intent is to continue to write selected reviews but to leave the rest to a talented team of writers hand-picked and greatly admired by me.”

“He was a renaissance man whose genius was based on film but by no means limited to it,” Steinberg wrote, “a great soul who had extraordinary impact on his profession and the world around him.”

Ebert leaves behind his wife of 21 years Chaz Hammelsmith, as well as a stepdaughter and two step-grandchildren.