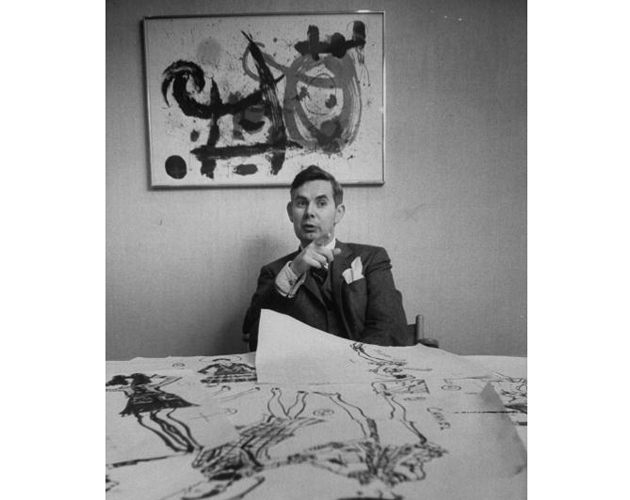 John B. Fairchild, one of the fashion world’s most acerbic, powerful and provocative editors, died Friday at age 87, after a lengthy illness.

Fairchild gained his clout when he was installed at his family business, Fairchild Publications – a fledgling group of trade periodicals that included Women’s Wear Daily, the fashion industry’s newspaper of record.

He helmed WWD from 1960 until he retired in 1997, transforming the little trade publication into a powerful and must-read voice of the industry by covering not just the designers and their clothes but the women who wore them. He also broadened the coverage in the paper – once restricted to just trade news and insider events, he now included gossip tidbits, cultural events like theatre, movie and book reviews. And he was ahead of his time by turning designers from mere dressmakers into bona fide celebrities.

He was also feared and loathed by some designers for his paper’s ruthlessly honest reviews of their collections.

He was famous for blacklisting certain designers from the paper. After certain feuds, years would go by without the mention of names like Geoffrey Beene in the paper’s coverage.

He was also known for his biting wit and the nicknames he created for people – some of which are still in use today. After Jackie Kennedy married Aristotle Onassis, he referred to her as Jackie O. Karl Lagerfeld became known as Kaiser Karl and Calvin Klein was known as Calvin Clean.

He also put his biting observations of the fashion world in print, by penning several books, including the satirical, Chic Savages.