Emma Morano, The Oldest Person in the World, Dies in Italy 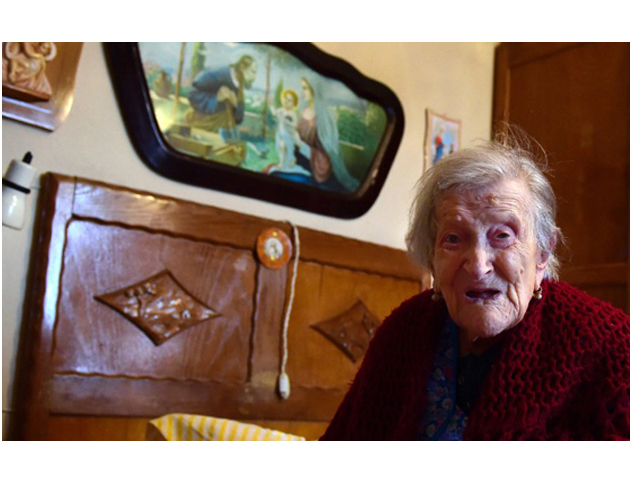 They’re all gone. With the death of Emma Morano, 117, at her home in Verbania, Italy, not one person born in the 19th century is thought to be alive today.

Born November 29, 1899, she lived in three centuries, through two global wars, the Great Depression, saw the development of automobiles and airplanes, men walking on the moon, and antibiotics—and saw more than 90 Italian governments come and go.

Life wasn’t easy. Morano lost the love of her life during the First World War and only married at age 26 after a marry-me-or-I-will-kill-you proposal. Not surprisingly, the marriage was not a happy one and soon after the death of their infant son, she left her abusive husband in 1938, a scandalous move in the Fascist era. They never divorced, yet after her husband died, she chose to remain single, later telling the New York Times that she “didn’t want to be dominated by anyone.”

She retired at age 75, and in her final two decades, as sight and hearing deteriorated, didn’t leave her two-bedroom flat. Her feisty spirit, though, kept her from accepting a full-time career until well into her supercentenarian years (110 or older). A relative who looked after her pointed out many friends and family members cared for her.

Carlo Bava, her doctor for 27 years, called on her almost daily. He noted that her unusual diet rarely included fruits and vegetables. In fact, it seldom varied from the two raw eggs prescribed for Morano at the age of 20 to combat anemia. Bava said she ate the raw eggs in the morning, had a third in a noontime omelette, and chicken for dinner.

Besides the egg diet and her ditching the husband, Morano also credited her genes for her longevity, since her mother and several sisters had died in their 90s and one had reached 102.

With Morano’s death, the oldest person in the world is Violet Brown, a Jamaican woman who turned 117 on March 10, 2017. According to the Guinness World Records, the oldest person ever recorded, Jeanne Louise Calment, died in France in 1997, aged 122, five years older than Morano at her death.