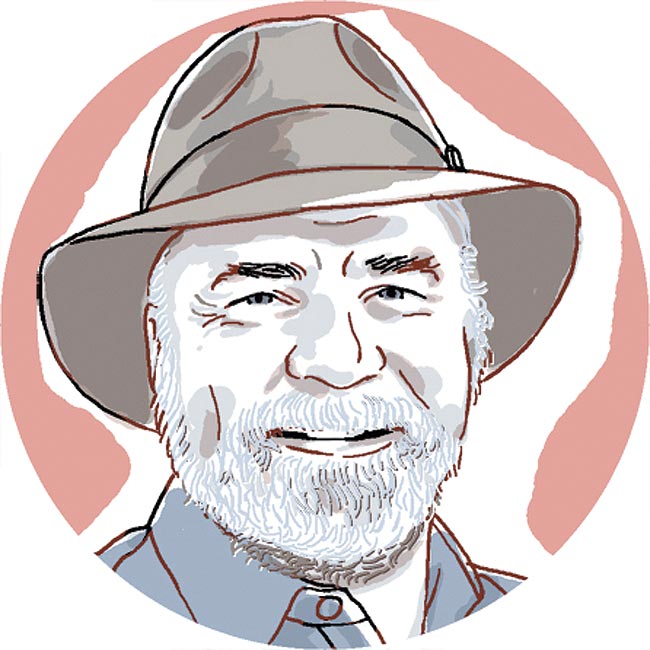 Arthur Black, in an illustration that accompanied his ZOOMER column. Illustration: Monica Hellström.

Arthur Black, a popular humorist, broadcaster and former Zoomer magazine columnist, has passed away on Feb. 21 at the age of 74, due to pancreatic cancer. He died in Salt Spring Island, where he lived with his partner, Lynne Raymond.

Born in Toronto in 1943, Black’s eclectic choice of early jobs – he was an encyclopedia salesman, a cow wrangler and a plumber’s assistant – perhaps paved the way for his eventual choice of becoming a broadcaster and writer.

Over his lengthy career, he won every award for humour, including winning the Stephen Leacock Memorial Medal for Humour a multiple three times.

Starting at CBC in a 1972 radio show, he became a household name with Basic Black, where he would deliver a funny take on Canada and its endlessly quirky people.

When the show ended, Black moved to his beloved Salt Spring Island and continued to write humorous books. He also became a columnist for 50Plus magazine, and its successor, Zoomer magazine.

Near the end of his life, he wrote a series of achingly funny blogs on his his diagnosis with pancreatic cancer. The final sentence he ever wrote becomes a touching epitaph on his long career: “My work here is done.”

Read some of Arthur Black’s most popular columns from Zoomer magazine.

When I Was Young and Green

A Loaf of Bread, a Glass of Wine and…Oops!

Summer Paddling? A Piece of Kayak