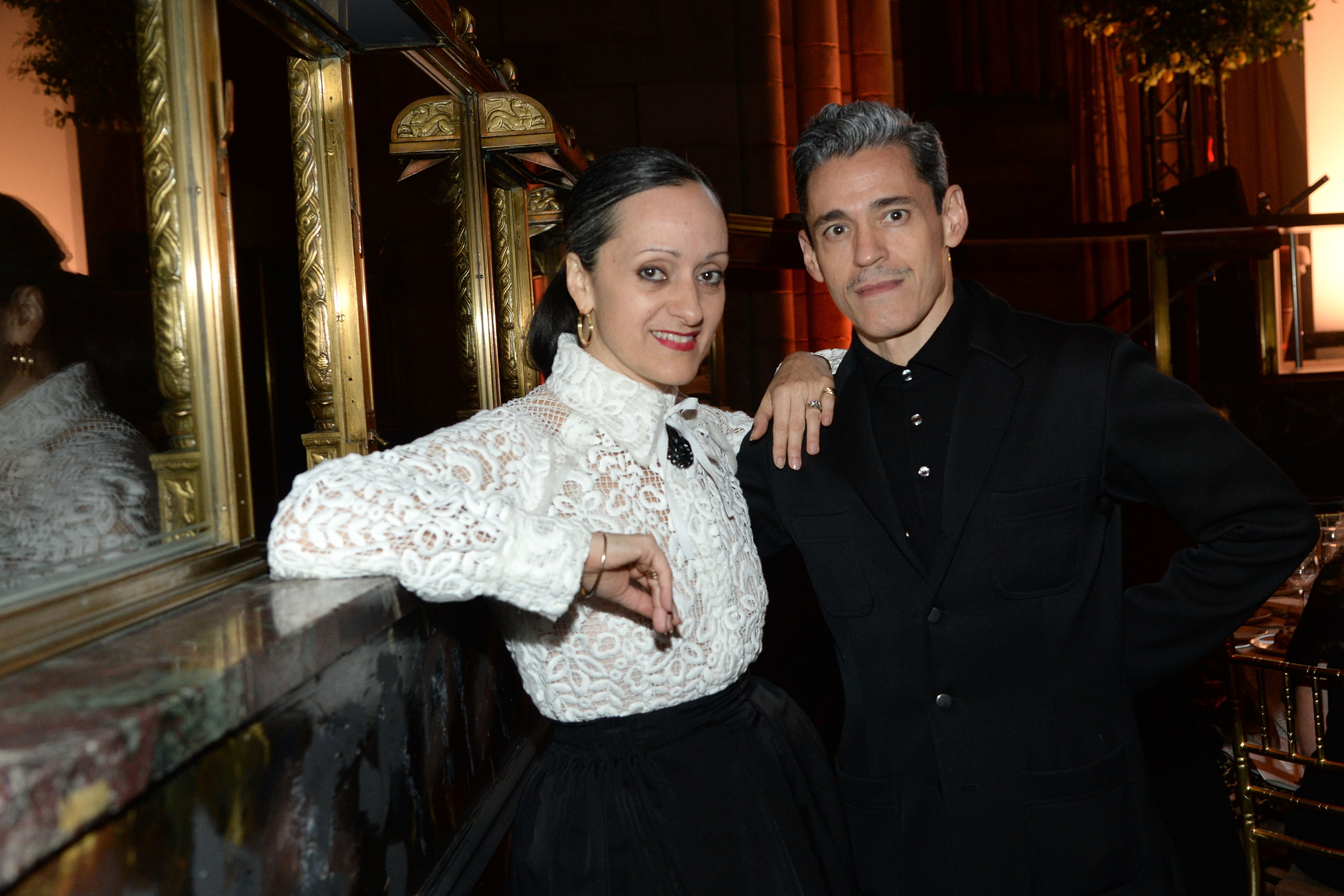 Isabel Toledo, the low-key Cuban-American designer who stepped into the global spotlight when Michelle Obama wore her dress in the 2009 inaugural parade, died today in a New York hospital at age 59. The cause of death was reported as breast cancer.

By all accounts, Toledo operated under fashion’s hype-driven radar, preferring to be an outsider who poured her energies into the complex craft of making clothes. A 2009 exhibition, Isabel Toledo: Fashion From the Inside Out, at The Museum at the Fashion Institute of Technology, describes her clothes as, “Organic Geometry.” She had the ability to take the simplest of shapes — like two circles of fabrics — and not just make it into a mere dress but one which moved poetically on the human figure.

As the designer once told CNN, “Design is so different than fashion. That’s why design lasts forever. It’s like an engineer. I love to engineer a garment.”

But Toledo never held lofty or snobbish ideals when it came to her fashion career. Besides her own label, she worked at such mass market brands as Anne Klein and the plus-sized label, Lane Bryant.

Born in Cuba, she emigrated with her parents and two sisters in 1968 to America and settled in New Jersey. After high school, she attended the Fashion Institute of Technology and then transferred to Parsons School of Design.  But she would quit in 1979 before graduating, to pursue an internship with the legendary fashion doyenne Diana Vreeland at the Costume Institute at the Metropolitan Museum of Art.

Her marriage to artist Rueben Toledo was one of the most romantic pairings in the fashion world, whose courtship could be ripped from the pages of a Gabriel García Márquez novel.

The couple first met in Spanish class in high school when she was 14 and he was 13. Rueben Toledo (whose heritage is also Cuban) once said in a CNN interview, “It was love at first sight within three seconds.” It would be another four years before Isabel went out on a date with him. And it would be years later — she left to pursue the gig with Vreeland — before they got married, or thought they did at City Hall. With their parents in attendance, throwing rice, the couple realized they only got a license — and not actually married. But they ran off to Canada on a honeymoon anyway. Upon returning home, they had an official wedding at City Hall — but in secret since their family already thought they had gotten married. They followed it up with a traditional wedding in a church on a rainy day, where she wore a white gown.

The couple was inseparable and worked closely together in a midtown loft in Manhattan where he pursued a career as an illustrator, and she, her design career.

It was the opportunity to design Michelle Obama’s inauguration outfit which put the designer’s name in the international spotlight. Her husband told CNN, it was a gift from the universe. “That was one of those marvellous things. To be woven into history, it’s beyond you!”

Isabel for her part, was having a creative block, but finally it was a tiny swatch of the lemongrass coloured fabric in her studio, that finally inspired her. She described what the dress should look like, he sketched it and sent it off via email. Five minutes later, he said, they received an email saying, “Make it happen, make it warm.”

The luscious green dress with matching coat, the First Lady wore on that historic January day during her husband’s inauguration as the 44th President of the United States and as the first African American president, came to represent optimism and the dawning of a new era. And for Isabel Toledo, cemented her position in the history of American fashion.