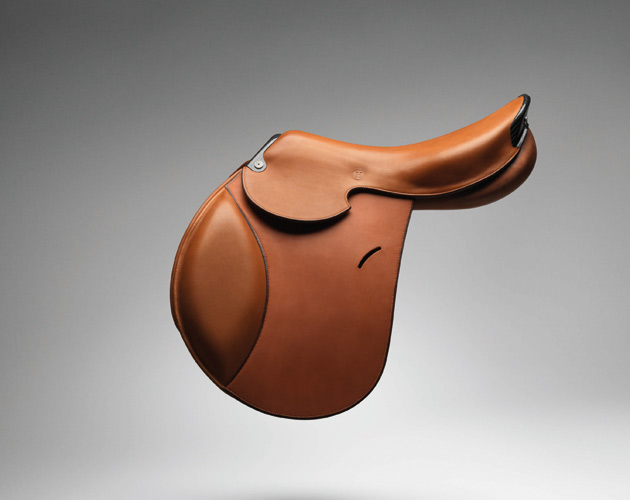 When a major fashion label’s history meets modern sport, the result is a luxurious competition. Kim Izzo reports from Saut Hermès in Paris.

When I pack for a journey, I like to listen to songs inspired by the city I’m visiting. So no surprise last spring that my iPod was playing the jazz standard “April in Paris.”

I’d been to the French capital many times for business, but this time was different. The usual excitement was intensified because, for the first time, my work as a fashion journalist was being combined with my personal passion – horses. And trust me – horses and fashion are as smooth and sophisticated a mixture as champagne and cassis. Consider Jackie Kennedy in her fox hunting habit or even Mad Men’s Betty Draper in her breeches as evidence enough. And, on this occasion, the finest show jumping horses and riders were being brought to the centre of the fashion capital of the world by one of the finest fashion brands in the world, one whose history is steeped in horses and equestrianism – Hermès. The Saut Hermès at the Grand Palais in Paris last April to be precise.

“In the 1800s, the first customer for Hermès was a horse, so our dream was to bring horses back to the middle of Paris. And when we thought about this, the only place we could choose that was really legitimate was the Grand Palais,” explains Bruno Guillon, general manager Hermès Distribution France and president of the Saut Hermès.

Built in 1900, the Beaux-Arts glass-and-iron structure sits on the famous Champs Élysées. The building initially hosted horse shows from 1901 to 1957 until the popularity of the automobile brought it to a halt. Used for various exhibits from cars to art to fashion, horses were a thing of its past until Hermès created the inaugural Saut Hermès in 2010 and returned the site to one of its original purposes.

I knew, of course, the Hermès story that begins in 1837 with Thierry Hermès opening a harness and saddle shop in Paris, where many of his customers were noblemen. The tradition was passed on to his son and grandsons who expanded the business. For starters, Hermès was granted exclusive rights to use the zipper in France. And, in 1925, the house created its first item of men’s clothing – a suede golf jacket for the Prince of Wales. The label’s first handbag was naturally inspired by the saddle bag and was initially known as the Haut à Courroies, which later evolved into the Birkin (my personal favourite) after ’60s It Girl and model Jane Birkin.

Today, both the Birkin and the Kelly bag maintain superstar status, the latter named for Princess Grace who used one to conceal her pregnancy by holding it in front of her “bump” in public outings. And no woman’s wardrobe is complete without at least one Hermès silk scarf. The brand also made headlines with its ready-to-wear collections when it hired edgy designer Jean Paul Gaultier as its creative director from 2003 to 2010. It is no surprise, given the brand’s heritage, to see equestrian-inspired looks trotting down the Paris runways each fall and spring as part of its collection.

I had the opportunity to tour the Hermès factory, and its well-worn wooden tables loaded down with Kelly and Birkin bags in various stages of “undress,” stocked with old-fashioned tools made me think it a Santa’s workshop for fashionistas and left me determined to start a handbag fund immediately. The variety of skins and colours – a deep green ostrich caught my eye in particular – were almost as impressive as the skilled hands at work. I watched a craftsman turn a nearly finished bag inside out like a glove (this is far more difficult and intricate than it sounds) as an apprentice looked on and learned.

Each bag is made by one craftsperson from start to finish and stamped with his or her name, so even if on a rare occasion a repair is necessary, the bag is returned to the very person who made it. And if they are retired, the apprentice who worked under them will do the repair. The same detail goes into the sought-after Hermès saddles – also done beginning to end by one person. “I believe they think of it as theirs so they put extra care into it,” says Couli Jobert, creative director for leather and saddlery for Hermès. I ask how a handbag design influences a saddle design. She shakes her head, “Equestrian influences everything, not the other way around.”

That said, Jobert does not create the saddles. There is a saddle maker who does the technical design. The latest, the Talaris, was launched last year and is considered a technological breakthrough. The use of state-of-the-art materials such as carbon fibre, memory foam and titanium improves its performance, comfort and reactiveness, reduces its weight (1 to 1.5 kilograms less than a normal saddle) and increases durability.

Back at the Grand Palais, the horse show is well underway, and every aspect is stylish and perfectly groomed. The riders on their glossy-coated mounts take centre stage, but the crowd is also impeccably turned out. In its former glory, the shows at the Grand Palais were the place to be seen and attracted Paris’s brightest and best dressed making it as much a fashion parade as a horse show.

Saut Hermès keeps this tradition very much alive. The onslaught of style is evident by an abundance of silk scarves and women who aren’t riders wearing jodhpurs and Hermès riding boots and every other manner of chic attire. The men aren’t to be outshone and don brightly coloured coats and trousers with a perfectly placed silk pocket square. And there are a slew of Birkin bags to taunt me.

Undoubtedly, fashion and horses will always be intrinsically linked – and women love both in equal measure – a match that Hermès has long known is sublime.

It is an attitude and a lifestyle that suits a Paris spring indeed.