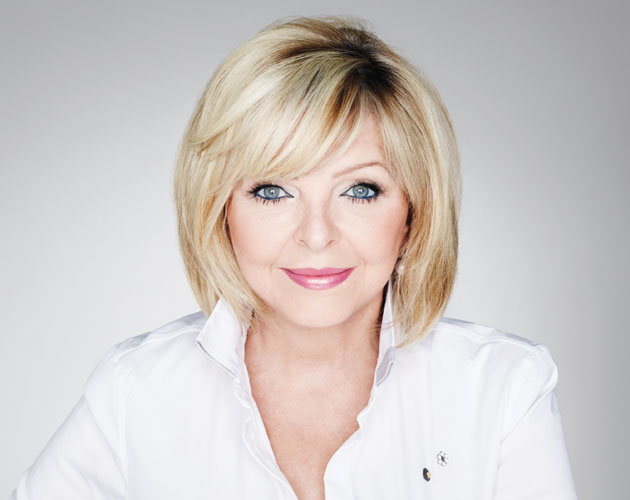 As Canadians, we are proud of our country’s wilderness, its harsh splendour and its resilience to the extreme elements. So it should come as no surprise that a land such as ours would grow its very own beauty doyenne to stave off its ill effects. Where Elizabeth Arden was Canada’s first cosmetic entrepreneur, passing away in 1966 after launching her eponymous brand that remains a global powerhouse to this day, Quebec’s Lise Watier has taken up the torch.

She first came to people’s attention during her career as a television presenter. After women kept asking her how she got her look, she created the Lise Watier Institute in 1968 to help Quebec women achieve just that through courses in makeup and other self-improvement areas. She continues to innovate skin-care and makeup products within her cosmetic empire, Lise Watier Cosmetics, a company that employs more than 200 people and with more than 2,000 stores nationwide. Proudly Canadian, Watier has recently launched an anti-aging skin-care line whose ground-breaking active ingredient is found only in Canada.

The plant ingredient in question is Labrador tea, which is found only in Canada’s boreal forest. The small spindly plant with forlorn-looking green leaves has been used for centuries by native Canadians to treat burns and other skin inflammations. It turns out that the substance extracted from the leaves contains ursolic acid, which has extraordinary properties that when added to antioxidants had great anti-aging benefits. This was discovered by two scientists at the Université du Quebec à Chicoutimi (UQAC), who are renowned researchers in the area of anticancer and antiviral agents of natural origin. The scientists approached Lise Watier Cosmetics with their findings while working with the company on a separate project to test the efficacy of vitamin C.

“We became very involved in the process and in the formulation of the creams themselves,” says Watier. “We wanted to make sure scientifically that whatever effect was seen in the extract would be the same in the creams because sometimes you can have a very good extract but in the creams, it disappears. But [this time] it did not.”

The result of the more than five years of hard work are three products in the Age Control Supreme line, and they all contain the Labrador tea extract: Crystal Day Elixir, which also has flecks of diamond to give an immediate brightening effect, as well as omega-3 and vitamin F; Black Night Elixir lives up to the name, but its black colour – thanks to black currant – immediately disappears once massaged into the skin; and the showstopper of the line, La Crème. “This is a heavy, rich cream that I personally love and all dry skin will love. It’s like a comfort food for the skin,” gushes Watier.

What’s equally important to her is the fact that the harvesting of the plant doesn’t damage the environment.

“The plant is never cut. During the fall season, we extract the leaves manually, and they all grow back and remain all winter,” she explains. “It’s environmentally safe. No machine is involved – it’s all hand-picked. It’s a beautiful project.”

Overseeing a business empire would keep most women more than busy, but another project close to her heart is the Lise Watier Foundation. Like the cosmetics company, the foundation, begun in 2009, is based in Montreal and is managed by her daughter Marie-Lise Andrade.

“We have a beautiful house with 29 apartments, so we have 29 women at this time who have a key to their own apartment, an address. They can have their children coming to their apartment, and they were all homeless women,” she explains. That was the organization’s first project and one that goes a long way to aiding women in need.

Her second project is her work with the Canadian Women’s Foundation to help women out of poverty. “I do this because poverty brings you to places you don’t want to be because you’re trying to feed your children,” she says solemnly. “Some women go to the extreme to do so. I will put all of my efforts for the rest of my life to helping women come out of poverty.”

As the saying goes, beauty is as beauty does, and Watier is living proof.