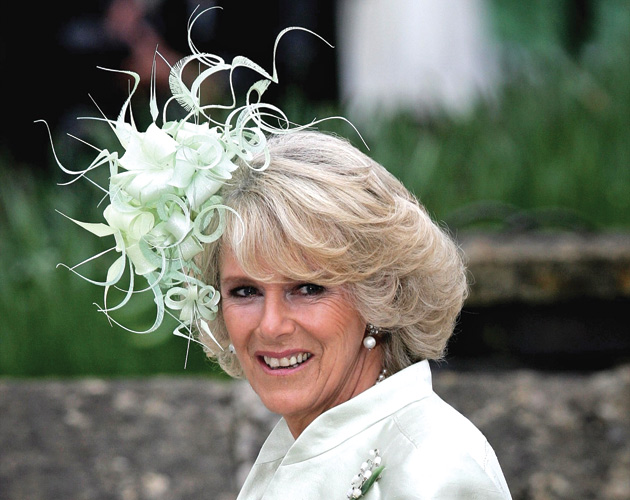 Who says glamour doesn’t go hand in hand with stateliness? Or that stylish can’t cozy up to dignified? Once upon a time, the female members of the British royal family were criticized for their pastel ensembles, matching toppers and dowdy weekend garb. But if recent appearances on best-dressed lists are any indication, fashion insiders have finally awoken to the fact that women of a certain age can be and are worthy of their attention. And two ladies of the castle are leading the charge.

Take the head-spinning sway of media and public opinion for Camilla, Duchess of Cornwall, that went from vilification to adoration. Once the most hated mistress in all of England, the 61-year-old now garners positive reviews wherever she goes.

Much of her success can be attributed to English couturier Anna Valentine and mad hatter Philip Treacy. The combination of a three-quarter-length embroidered coat and fascinator (fancy headdress festooned with feathers) has become Camilla’s signature look ever since her 2005 wedding to Prince Charles.

A year later, she made British magazine Tatler’s top 10 best-dressed list. Her sense of style also brought forth accolades from such fashion royalty as Karl Lagerfeld, who has said, “She is the life of the party! She’s sparkling, she’s witty, she’s ready for everything,” and Vogue editor Anna Wintour: “I couldn’t take my eyes off her,” adding that the Duchess has “that something that makes your jaw drop, that makes you gasp.”

Not to be outdone, mum-in-law Queen Elizabeth II has since stepped up her choice of frock and bonnet. “As glamorous in her brogues and headscarf at Balmoral as she is wearing the crown jewels,” according to style bible British Vogue, which included her in its 2007 list of the world’s most glamorous women. The honour put the Queen, 82, in the truly unruly company of Naomi Campbell and Kate Moss — the latter reportedly having once told the monarch, “I love the stuff you wear. You have great fashion sense.”

And the better-dressed trend continues. The wedding snaps from the May nuptials of Peter Phillips and Autumn Kelly show a striking similarity in the wardrobes of the Queen and the Duchess, with the head of state swapping her pastel hat and matching suit for a feather headpiece and, yes, embroidered coat. Is this evidence that the Queen is taking style cues from her once-dowdy daughter-in-law?

No doubt both women benefit from our current obsession with royalty, as evidenced by the Oscar-winning film The Queen, starring Dame Helen Mirren (herself a style maven), and this fall’s The Duchess, which have helped catapult the monarchy into trend-worthiness.

In any event, both ladies demonstrate that great style truly rules.