The skinny on thinning hair 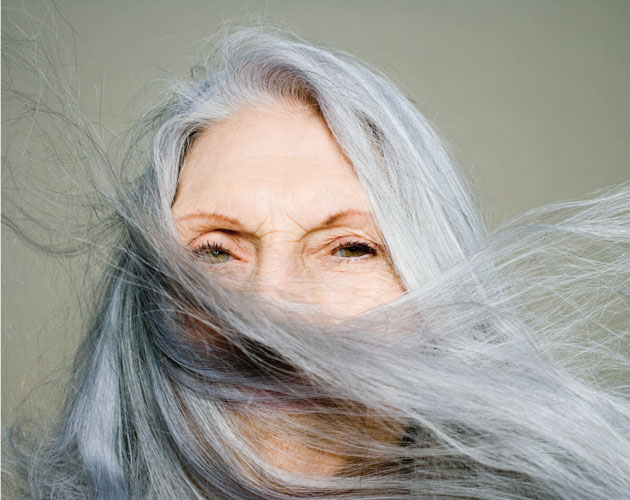 Athena Mckenzie gets to the root of her hair loss.

The first signs were in the shower. After I was finished rinsing out the shampoo, my hands would be tangled with loose hair. Then I started noticing my pillow was covered with strands each morning. Before long, I could see my scalp, white and mocking through my dark curls.

If I were a man facing the prospect of balding, I would have grabbed the razor and embraced the cool appeal of a shaved head. As a woman, I felt a rising panic each morning as I tried to disguise my visible scalp with side parts and up-dos.

Before I started shedding, I’d been put on a new medication for my migraines, and my Internet research led me to believe it was the culprit. But Toronto-based dermatologist Dr. Charlene Linzon disagrees.

“It’s not that medications don’t cause hair loss but it’s very unusual,” Linzon says. “Drugs are often the easiest thing to blame. It’s probably less likely from the drugs than from stress.”

Linzon runs a hair loss clinic out of Women’s College Hospital in Toronto. According to her, though many things may lead to thinning hair in women – and people also like to blame menopause or anemia – there are really two very common causes: stress and/or hereditary hair loss.

The one related to stress, and the factor that Linzon suggests may be causing my own hair to fall out, is called chronic telogen effluvium. It is much more common in women than men. The patterns with this type of hair loss can be thinning all over or on the bi-temporal area (both sides of the front of the head), which Linzon describes as a V-pattern. The stress can be work-related, illness, divorce, a death in the family or any of the anxieties associated with modern life.  (I mentally check off several of the items as Linzon lists them.)

The hereditary form of hair loss is known as androgenetic alopecia. This actually occurs equally in women as it does in men. It is controlled by several genes that come from both the paternal and maternal side.

“They [the genes] express themselves differently in males and females, and that’s probably why we don’t think of it as common in females but, in actuality, over a lifetime it’s equally as common,” Linzon says. “In females, there tends to only be one pattern of hair loss, where they have thinning at the top of the head. Not just at the crown but all over the central part.”

What sounds frustrating is that the stress form of hair loss often triggers the hereditary form, according to Linzon, so that even after the stressor is removed, the hair growth never returns to normal. I dread that this may happen to me.

“Patients get quite disappointed because they want complete workups for hair loss, and there aren’t a lot of things to do”, she says, “but when someone has one of the two common types of hair loss, I can tell from appearance.”

It is important to make the distinction, according to Linzon, because they are treated differently. For instance, the stress form will usually settle down on its own. Hair does take a long time to respond, so the hair loss may have occurred two to three months after the stressor, and the recovery may take that long as well.

Linzon tells me that one treatment shared between both the stress and the hereditary forms of hair loss is topical minoxidil, also known as Rogaine.

She explains that the treatment works by keeping the hair in its growing phase – called anagen – longer. Anagen usually lasts three to six years. With female hair loss, the cycle  enters the telogen phase, when the hair falls out, too soon. Then, to make things worse, in androgenetic alopecia, the new hair follicle regrows miniaturized.

“Rogaine works by prolonging anagen and keeping the hair from passing into telogen or cycling into a miniaturized hair,” Linzon says. “Therefore starting early is helpful since it minimizes the number of times the hair follicle cycles and miniaturizes.”

In Canada, you can get the two per cent concentration over the counter. Don’t worry that it’s in the blue box that says Rogaine for Men. According to Linzon, it’s the same product sold in other countries in the pink box, but the company just didn’t get approval in Canada to sell to the ladies. You can get a prescription for a five per cent concentration from your doctor that the pharmacist will mix up or you can order a five per cent foam from the States.

According to Linzon, topical minoxidil is even helpful when the hair loss is from chemotherapy, as some patients find their hair grows in thinner.

Recently, my own hair loss has slowed, and the regrowth seems normal. Before I talked to Linzon, I assumed it was because my body had adjusted to my migraine prescription or the vitamins I was taking were counteracting its effects. Now, given the timing and the pattern of hair loss, I’m pretty sure it was stress-related. Needless to say, I’m off to the drugstore to pick up some minoxidil in case I start to notice my hair falling out again. If life guarantees anything, it’s stress. I’m warned that the side effects of Rogaine may be some increase in facial hair, but there are plenty of great products on the market to deal with that small inconvenience. The pearly gleam of depilatory cream on my upper lip holds far more appeal than the white sheen of my scalp.

Transplants and wigs are always an option but can be expensive. We’ve tested these cost-effective and easy-to-use supplements, treatments and tools.

A supplement composed of vitamin C, silica compounds and a marine protein complex that promotes the growth of weaker, less visible hair and nourishes existing hair. $50

3. Nioxin 3-Part System
A shampoo, conditioner and leave-in treatment formulated to strengthen hair to protect against damage, help amplify strands at the root and thicken each hair to make it appear fuller. $47

4. femMED Hair, Skin and Nails Poor nutrition can contribute to hair loss. Cover all your bases with a multivitamin and a supplement with ingredients specific to hair health. $30

5. Conair Infiniti Pro Spin Air Brush For added root lift and volume, try this styling tool with its spinning brush. Great for those who find it difficult to manage a separate hair dryer and round brush. $70