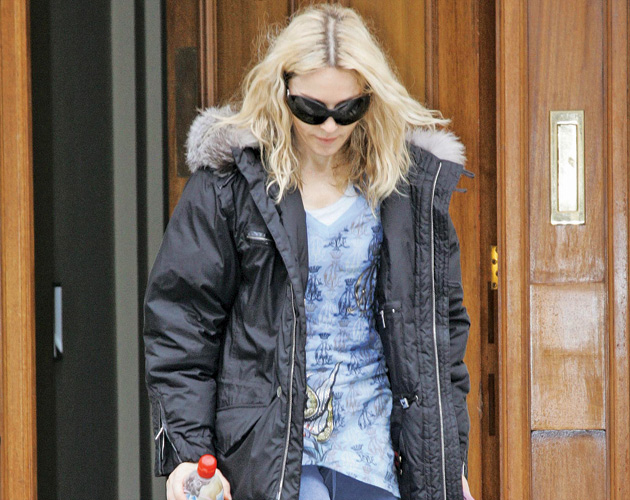 Every time I put on the hoodie, I think about it. I wonder if I’m slipping into a second childhood. Maybe I wouldn’t, if it weren’t called a hoodie — a word that scarcely belongs in an adult vocabulary, never mind an adult wardrobe. Maybe if mine were not canary yellow, I’d be able to talk myself into thinking that I was pulling off a hip, hooded look of monkish renunciation. I’ve seen Patti Smith do that, in black. Maybe, at 60, I should find bigger things to think about.

And less hypocritical. Being 60 in 2008 means that the anything-goes 1960s have done their dirty work. I love to beat my gums about personal freedom. I fancy that there are no laws. But, hypocrisy being an occupational hazard for anyone who writes about fashion, I’m two-faced enough to think that sometimes there should be a few rules when it comes to what we wear and when.

Turning serial mom on myself, I’ve thought of banning the hoodie, burning the spandex and burying the metallic running shoe. Needlessly self-limiting? Or just being wise to the universal truth that at any age or stage, the mirror can lie straight to your face and let you leave the house in getups that you can spend a lifetime regretting?

After a certain age — let’s say four — the greatest opportunities for remorse revolve around questions of exposure. And make no mistake, this is as true for men as it is for women. His wire-haired, rosaceous chest in a tank top is no more alluring than her withered décolletage in a cami.

The back that is a landslide of folds, the underarm flesh that no metaphor can do justice to — these are other sights that raise questions. And any garment that ends in less — backless, sleeveless, strapless — is most likely not to be the right answer.

To consider clothes as corrective devices or cover-ups takes the thrill and pleasure out of piecing a self together. But another rule of thumb could be to avoid fabrics that think of themselves as skin. One is enough to handle. You don’t need a second. This applies to slinky jersey and no less to denim.

Jeans would occupy a whole chapter in any guide to being lovely at 60, to use the talk of old-school domestic scientists that has come to haunt us in the guise of “age-appropriate.” Talk about mutton dressed as lamb. Talk about a concept as blank as the Tupperware face of the botoxed cougar. Glad to hear that the idea is already outdated.

The fact is that jeans, from cradle to grave, are an ordeal. It’s as if we have funnelled all bothersome rules and conventions that once would have been given to the correct afternoon dress into a pair of dungarees. Add to that countless options in finishes and fits and you’ve a got a tizzy you can count on. In the name of all that is good and important, a little perspective please.

That being said — as we now like to say to get us quickly out of any tricky patch — jeans have lately been a very specific measure of ageism in dress. A few years back, a few sniffy girls, showing off their belly buttons and their thongs in their low-rise bumsters, declared any high-waisted style to be over the hill. Saturday Night Live even did a skit about it, with a jingle for “mom” brand jeans, “I’m not a woman any more, I’m a mom.”

Right around this time, any guy in pleated pants — or with his shirt tucked in — was not a man any more; he was a geezer. And for the longest time, during this phase of girliness that just doesn’t know when to quit, all of popular culture seemed to be ruled by a couple of kids on their gizmos, in baby tees or baby dolls, painting their toenails and texting the rules of the game.

But in the last few seasons, designer collections have become more like the grown-up entertainment they used to be back when daughters aspired to wear their mom’s clothes, not scoff at them, which was a while before you had Absolutely Fabulous, with Saffron, the sober offspring, holding up her mother to open mock.

Of course, snide commentary has become the order of the day. Even at political conventions, it’s the insults that get the crowd going. And that’s to say nothing of all the lame dissing that goes on in the name of red-carpet coverage. Wouldn’t want to be young, never mind Helen Mirren or Charlotte Rampling, who are treated like exotic specimens, an-alyzed with a rapture that is no better than disdain.

I am not being simply paranoid when I fret over the effect a hoodie might create. But it’s simply just too easy and lazy to resort to legislation, or anything sounding anything like a tip. If my experience has taught me anything, it’s that I’ve never met a wardrobe consultant, an image expert or tip-giver of any kind that you would ever want to even remotely resemble.

I’ve been to the rodeo, too. I’ve sat by the runway and watched Karl Lagerfeld’s package in pants of boyish proportion. I know that there comes a point when dressing, like winter sidewalks, seems to entail more risk.

Sensible, bone-coloured walking shoes would be one way out. But they always give the appearance of being in more of a hurry to get to the boneyard than you are. Another answer is to be able to take a fall and look like you meant it. And still another answer belongs to the sage elder who has always asked, “Who do you think is going to be looking at you?”

Funny thing about time — and not a bad one — how it can take what once sounded like a curse and turn it into reassurance.