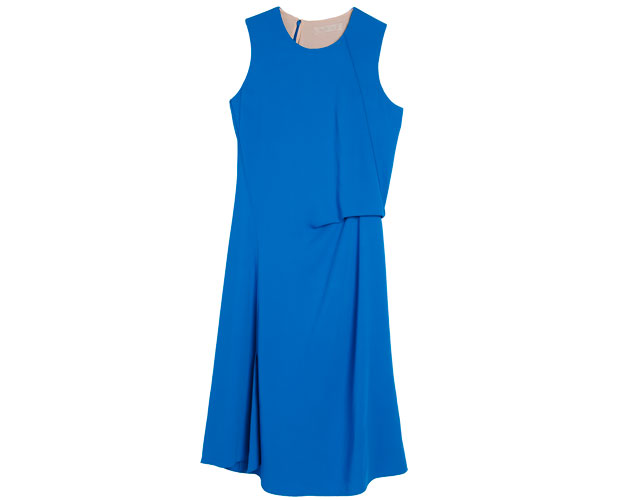 With rumours that Michelle Obama will be wearing  a design by Reed Krakoff on the April issue of Vogue after wearing the same designer to the swearing in of her husband in January as well as in her second official photo as FLOTUS – we are starting to see the pattern. Krakoff is clearly Obama’s designer du jour and she might be yours, too, in this blue shift dress with ruching in just the right place.