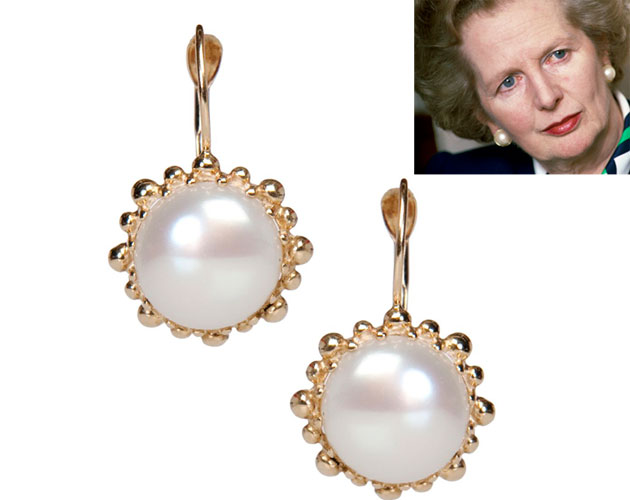 With news of Margaret Thatcher’s passing, Britain’s first female Prime Minister and one of the political dynamos of the 20th century, we pay homage to one of her signature style statements; her love of clip on pearl earrings.

Yes, the woman might have ruled Britannia for 11 years with an iron fist but her ears always had the soft luminescence of a natural creamy white gem.