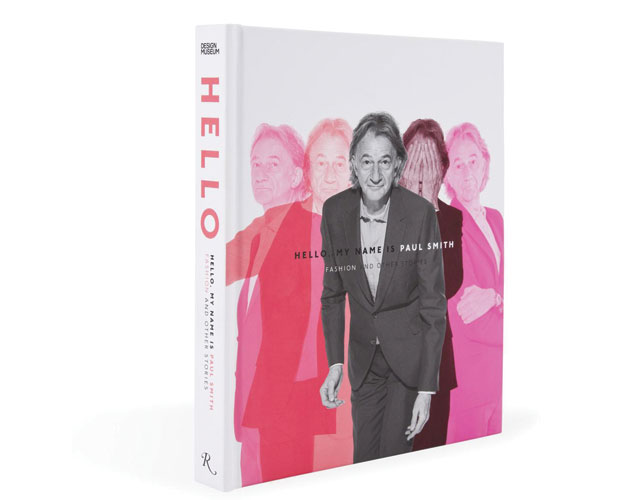 From rock stars to aristocrats, men flock to British designer Sir Paul Smith for his whimsical and colourful take on traditional menswear. From Nov. 15 until March 9, the Design Museum in London honours this English gentleman with a retrospective of his work and design collaborations from cars to camera  – he put those whimsical stripes on  Mini Coopers. The colourful stripes also pop up on our side of the pond at Holt Renfrew, for a limited edition collection of mittens available throughout the holiday season. Proceeds from sales support Movember’s men’s health programs, including prostate cancer and mental health initiatives. We ask the legend four questions.

Q:  Colourful stripes are a Paul Smith signature. How did it first come about?
A: In the beginning, the fabrics we could afford were stock fabrics, which were just plain white or blue. As business progressed, I thought of doing something more adventurous like stripes of many colours. People loved it. I only did it for one season, but people kept asking for it. Years later, I’m still doing it.

Q:  After 40 years in the fashion business, how do you stay relevant in an ever-evolving industry?
A: The Paul Smith way is very young, modern and modest. We don’t think we’ve made it. There is no ego. We’re always thinking about tomorrow and curious about new ideas.

Q:  At age 67, what are a few style tips you would give to men your age?
A: Whatever age you are, wearing clothes is very much about knowing yourself, body shape, lifestyle and your job. It’s dressing not just for fashion’s sake but dressing to fulfill the way you live, your profession and character.

Q: You’re still married to the same woman you met when you were 21. What is your secret to such a long and successful partnership?
A: Give and take, balance, seeing both people’s points of view, knowing when to talk and when to listen and knowing when to be interested and interesting.