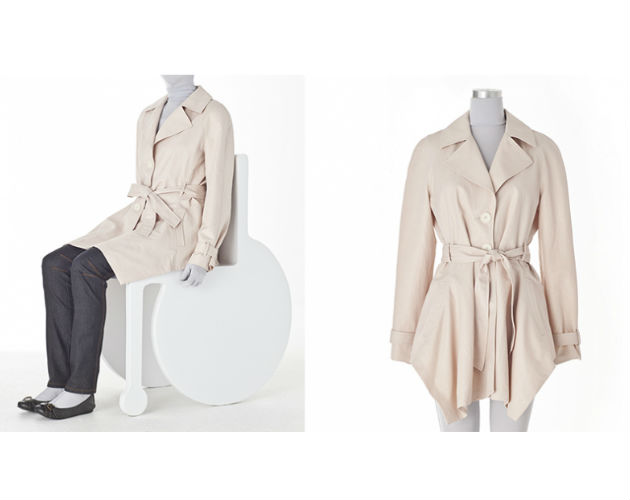 Fashion Follows Form: Designs for Sitting, the exhibition currently at the Royal Ontario Museum, not only features revolutionary clothing designs for people in wheelchairs but also shows some intriguing similarities with historical 18th- and 19th-century fashions from the archives of the ROM.

Questioning the notion of what makes something fashionable – is it the look, the feel or the function? – this intriguing exhibit features the work of Canadian designer Izzy Camilleri and her label, IZ Adaptive, a fashionable and functional collection of clothing designed for men and women in wheelchairs.

The lineup also traces the evolution of Camilleri’s work, a designer once known for her glamorous leather and fur designs and her television and movie costumes (one of her dyed red fox coats was worn by the boss-from-hell Miranda Priestly, played by Meryl Streep, in the movie, The Devil Wears Prada) to her current label, which helps the mobile-impaired to not only sit up in comfort but also style.