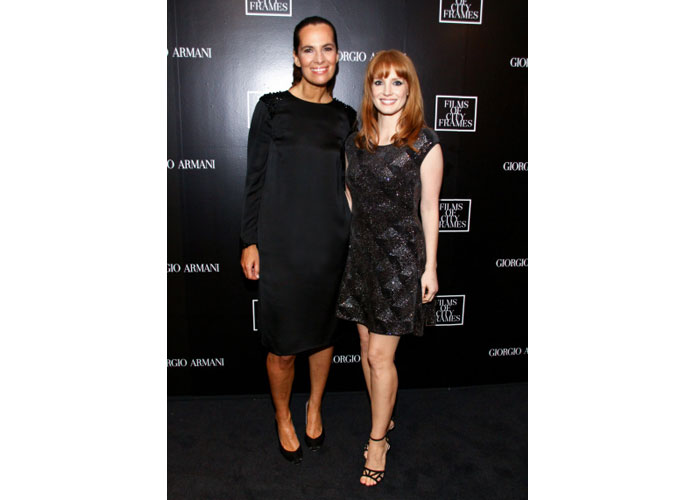 In a week dedicated to movies, it was good to hear one director held a high regard for books.

Last Saturday during the Toronto International Film Festival, when the Academy Award-winning director and producer Edward Zwick who hosted the world premiere of Films of City Frames, a series of short movies made by student film-makers from international film schools around the world, was asked what was one vital piece of advice he would impart to young film-makers, his answer was simple: pick up a book.

“I say read books because so many film-makers are only interested in looking at other films, and it’s so referential,” said the director, whose lengthy list of critically acclaimed movies includes Shakespeare in Love, Blood Diamonds and Legends of the Fall.

The screening, which took place at the Jane Mallett Theatre at the St. Lawrence Centre for the Arts, was co-hosted by Roberta Armani, the niece of the legendary designer Giorgio Armani, whose ties to Hollywood goes beyond just dressing A-list stars for the red carpet. His clothes have helped shaped the narratives for such films as the seminal flick American Gigolo.

The movie project was an initiative helped funded by the Italian designer, where the student film-makers captured the essence of their respective city with the brand’s eyewear acting as a prop throughout.

Later that night, as the city teemed with various TIFF parties, the brand threw a bash to top all the others – literally – atop the CN Tower.

With a runway-length black carpet, flanked with models in sharp black suits, leading up to the entrance, the party above a twinkling Toronto brought out several stars in town for the film festival such as Jessica Chastain and Chloe Grace Moretz.