Fashion Feature: A Life in Style with a Twist 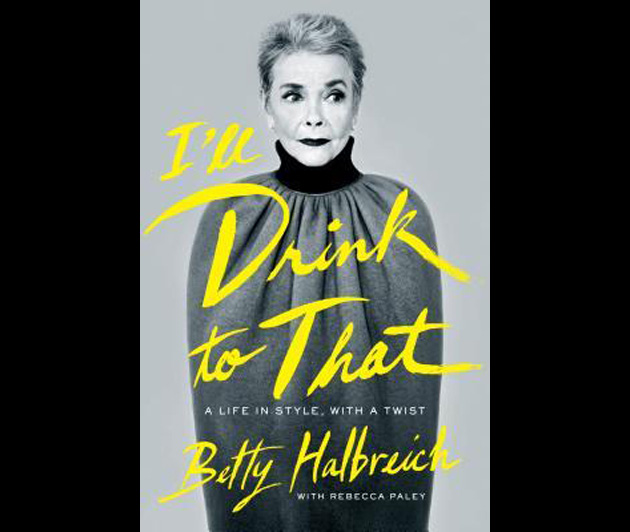 You could say that fashion saved Betty Halbreich’s life and ultimately gave her independence.

In her memoir, I’ll Drink to That: A Life in Style with a Twist (Penguin), the 86-year-old Manhattan socialite chronicles how she went from “childhood to child bride to childish mother” to hitting rock bottom and then picking herself up and going out to find a job.

A Chicago native from a wealthy family, Halbreich, at age 20, got married and moved to New York City. But after two decades of marriage to an unfaithful husband in the hotel business and an empty existence that left her with little to do with her days but to shop extensively, she finally left her husband for what she thought would be a better life.

But the separation left her depressed and, after a suicide attempt that put her under psychiatric care, Halbreich decided she could either drown in her despair or get her act together and do something she’d never done before: go out and find a job.

Halbreich put her faith in her stylish instincts and put her fashionable demeanor to good use – she got a job with the legendary American designer Geoffery Beene.

From there, she moved on – to where she really made her mark – as a personal shopper at luxury department store, Bergdorf Goodman.

Working with socialites and actresses (Candice Bergen and Meryl Streep were clients), Halbreich became known as a fashion pro who dispensed style advice with the practical tone of a no-nonsense teacher, “No, you have too many Chanel jackets!”

Because she didn’t work on commission, the maven with the sharp eye and instinct for just knowing exactly what would look good on her clients, she could afford to bluntly tell customers exactly what looked best on them. She would often dissuade some of these women from buying items if she felt it wasn’t right for them. She never let a customer leave the store with something just because they loved it – they had to look great in it.

But in case you think Halbreich was merely a saleswoman working in a posh department store, her influence was profound in helping women find their true selves. So much so, that this elegant and witty woman who worked the luxury designer salons at Bergdorf’s for 40 years was the subject of a 2013 documentary, Scatter my Ashes at Bergdorf’s. And none other than Hollywood hotshot du jour, Lena Dunham – the woman behind the hit television series, Girls – is penning an upcoming television series inspired by Halbreich’s life.

She is proof indeed that, sometimes, your third act can be the most fulfilling.