The Man Behind Ted Baker 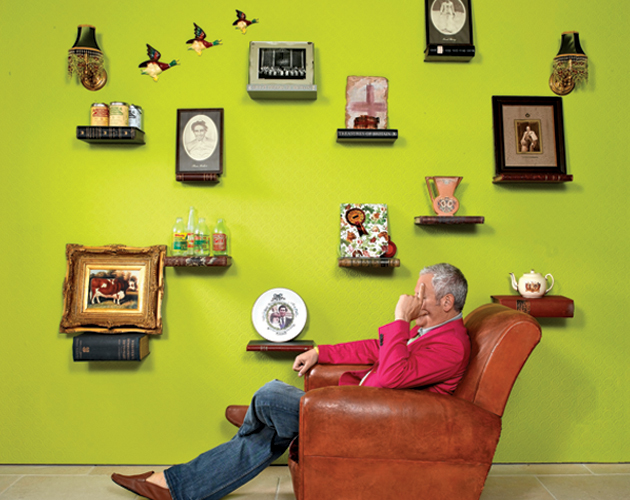 Ray Kelvin really loves to hug people. There is even a sign on the floor next to his office desk that declares it a Hug Zone.

But he is not some feel-good guru but rather the mastermind behind Ted Baker, one of British fashion’s behemoth brands. He started the company with a single store in Glasgow in 1988. He named it Ted Baker instead of his own moniker, in case it failed, but built it to a booming business worth more than $1 billion today with stores in more than 35 countries. In Canada the brand is sold at The Bay, and at a Ted Baker store at Yorkdale Mall, with another slated to open at the Eaton Centre this fall. “That store in Toronto does outrageous business!” he marvels. “They really love us. They like and appreciate clothes in a different way than Americans.”

When I arrived for this interview at the company’s north London headquarters, I find a laid-back atmosphere where employees work at desks grouped together – no cubicles or offices. Even Kelvin doesn’t have an office but sits among his employees. The only thing distinguishing his desk is the Hug Zone. So it’s no surprise when I finally meet the jovial 58-year-old, I’m greeted with a warm bear hug. He’s tall and affable with a charming and quirky sense of humour. Of course, I wouldn’t recognize him because most published pictures of Kelvin’s face are obscured behind random objects: a fish, a book or his Commander of the Order of the British Empire award bestowed upon him by the Queen.

We meet in the company’s cafeteria (where healthy meals prepared by chefs are provided free of charge), and the spacious airy space is buzzing at lunchtime.

Did he have a vision his company would grow this grand from that solitary store in Glasglow?

“Who would ever think that?” he laughs. “It became a global brand because of globalization, not because we’re that clever.”

It’s easy to see why the brand appeals globally to a wide range of ages. It’s a whimsical yet elegant take on traditional English style – tweedy men’s blazers lined with colourful patterns and lady-like dresses printed with oversized country roses.  But Kelvin marches to his own beat, doing business in a manner that seems counterintuitive to most of his competitors. The brand does not have splashy adverts in magazines. Nor do they lavish armloads of free clothes onto celebrities for publicity.  And he seems to genuinely care about his employees. Perhaps, it’s his paternal instinct (he’s the father of three).

Besides the free lunches, there’s a twice a year family day, where they open their doors to parents, siblings and friends. Of his staff he says, “I want to see these people do very well. And I want everyone to be happy.”

He might be working in the cut-throat world of fashion but he is doing it on his own terms.