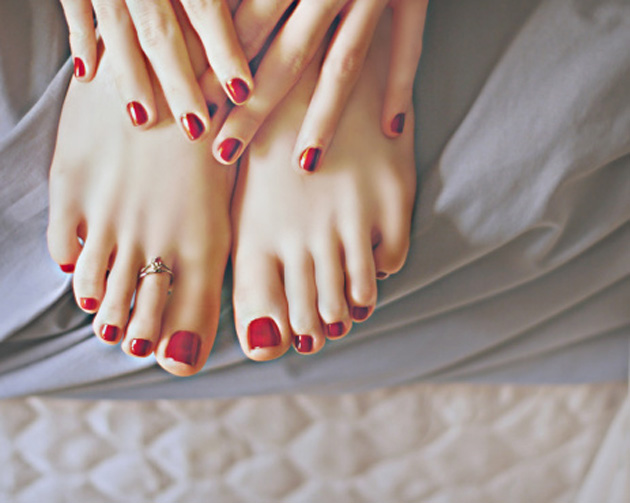 Who could’ve predicted it?

Gay marriage is not only acceptable but celebrated while going to a nail salon for manicures and pedicures has become an abomination.

Not an abomination in the biblical sense, as homosexuality once was.

Not a crime against the law, as homosexuality once was, at least not yet— although it’s about to much more regulated and is already considered by many to be a crime against humanity.

If you get mani-pedis for bargain prices at a corner shop staffed by young indentured immigrants, better beware. You’ll have to be furtive.

According to an expose on manicures (who could’ve predicted such a thing!) in the New York Times recently, headlined Perfect Nails, Poisoned Workers, “A growing body of medical research shows a link between the chemicals that make nail and beauty products useful … and serious health problems.

“The prevalence of respiratory and skin ailments among nail salon workers is widely acknowledged. More uncertain, however, is their risk for direr medical issues. Some of the chemicals in nail products are known to cause cancer; others have been linked to abnormal fetal development, miscarriages and other harm to reproductive health.”

Who now in good conscience could nip into the corner nail shop knowing you may be condemning the woman wielding the emery board to sterility, cancer or deformed infants?

And if that’s not awful enough, the New York Times has also reported extensively about the economic and social plight and abuse of the young immigrant women servicing your hands and feet.

“Manicurists are routinely underpaid and exploited, and endure ethnic bias and other abuse, The New York Times has found.”

And it’s happening here, too.

“The degree of the problem, as far as we know, is comparable here,” she said.

Rochon Ford noted there is hardly any regulation of nail salon workers in Canada.

Couple that with the comments attached to the expose in the Times and you’ll realize that manipedis are soon to be added to the list of sins of the flesh, er, nails.

One of the most popular comments:

“First-world women and their ridiculous manicures and pedicures and the immigrant women who pay the price for such vanities. I don’t even understand why nails need such attentions and decoration. They look perfectly fine in their natural state using just a nail clipper or emery board.

Maybe if the salons allowed their employees to wear face masks and gloves, customers would realize just how awful these chemicals are and learn to love the colorless, short nails they were born with.”