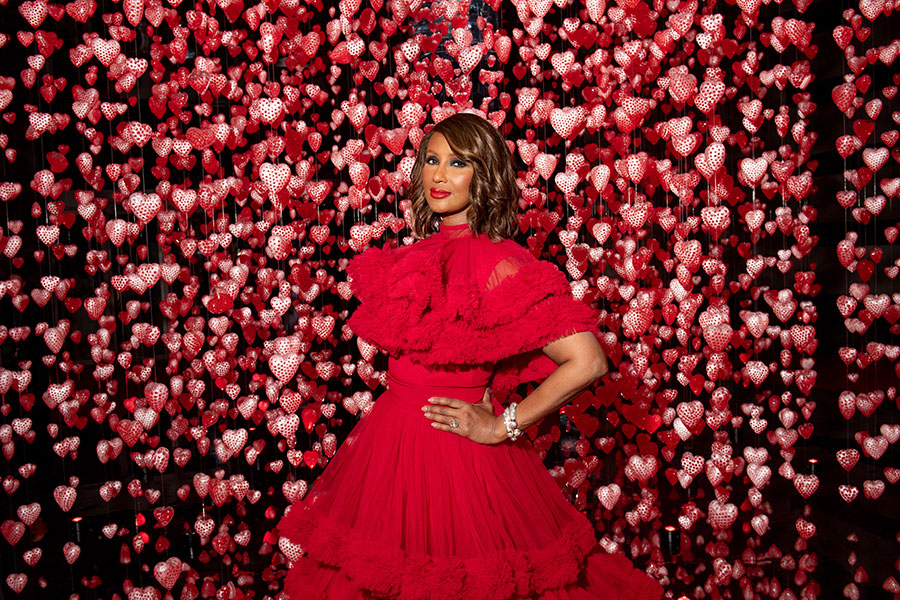 Iman attends the Love Ball in aid of the Naked Heart Foundation and Al Shafallah at Museum of Islamic Art on March 29, 2019 in Doha, Qatar. Photo: Victor Boyko/Getty Images

Iman Abdulmajid, a Somali native, who had never seen a fashion magazine, took the modelling world by storm when she arrived in New York City back in 1975.

The legendary model, who turns 65 on July 25, worked with notable lensmen such as Irving Penn, Richard Avedon and Helmut Newton, and inspired designers like the late Yves Saint Laurent to create and dedicate entire collections around her beauty, charisma and personality. Plus, she graced the covers and pages of top fashion magazines such as Vogue and Harper’s Bazaar.

For a woman of colour, such achievements were groundbreaking in the fashion world at the time.

“She broadened the definition of beauty,” Washington Post fashion reporter Robin Givhan wrote. “She helped to transform fashion into entertainment and models into personalities.”

Iman — who, like other legendary models such as Twiggy, became known by just a single name — would later start her own cosmetics line, IMAN cosmetics, and marry rock star David Bowie, who passed away in 2016.

In a 2015 interview with style.com to mark her 60th birthday, Iman mused that, “Everything happens out of your own experience. And, let me tell you, a lot is happening to me now. I can never be 20 or 30 (again) and I wouldn’t want to be. I’m almost 60 and I would love to change the way people view 60.”

And in a 2018 interview with Harpers Bazaar, conducted by actress Taraji P. Henson, she offered her definition of aging gracefully.

“Philosophically? Not giving a damn. Physically? Taking care of your skin. I swear by the SK-II 3D mask. Even if you’re tired or have a fever of 104, if you put this on you’ll look like you just stepped off a plane from Ibiza.”

Henson also asked Iman about how her style has changed over time.

“I’ve always lived by the philosophy that in a world full of trends, I want to remain a classic,” Iman said. “True style is like a great black-and-white picture: It never looks dated.”

So with that in mind — and to celebrate legendary model’s 65th birthday — we’re looking at some of our favourite Iman looks from over the years.

A version of this article, titled “Supermodel Style: Iman,” was published on EverythingZoomer.com on July 30, 2015 in honour of Iman’s 60th birthday.

Supermodel Christie Brinkley Turns 65 — Or Is It 20 for the 45th Time?