Pierre Trudeau: A Nostalgic Look Back 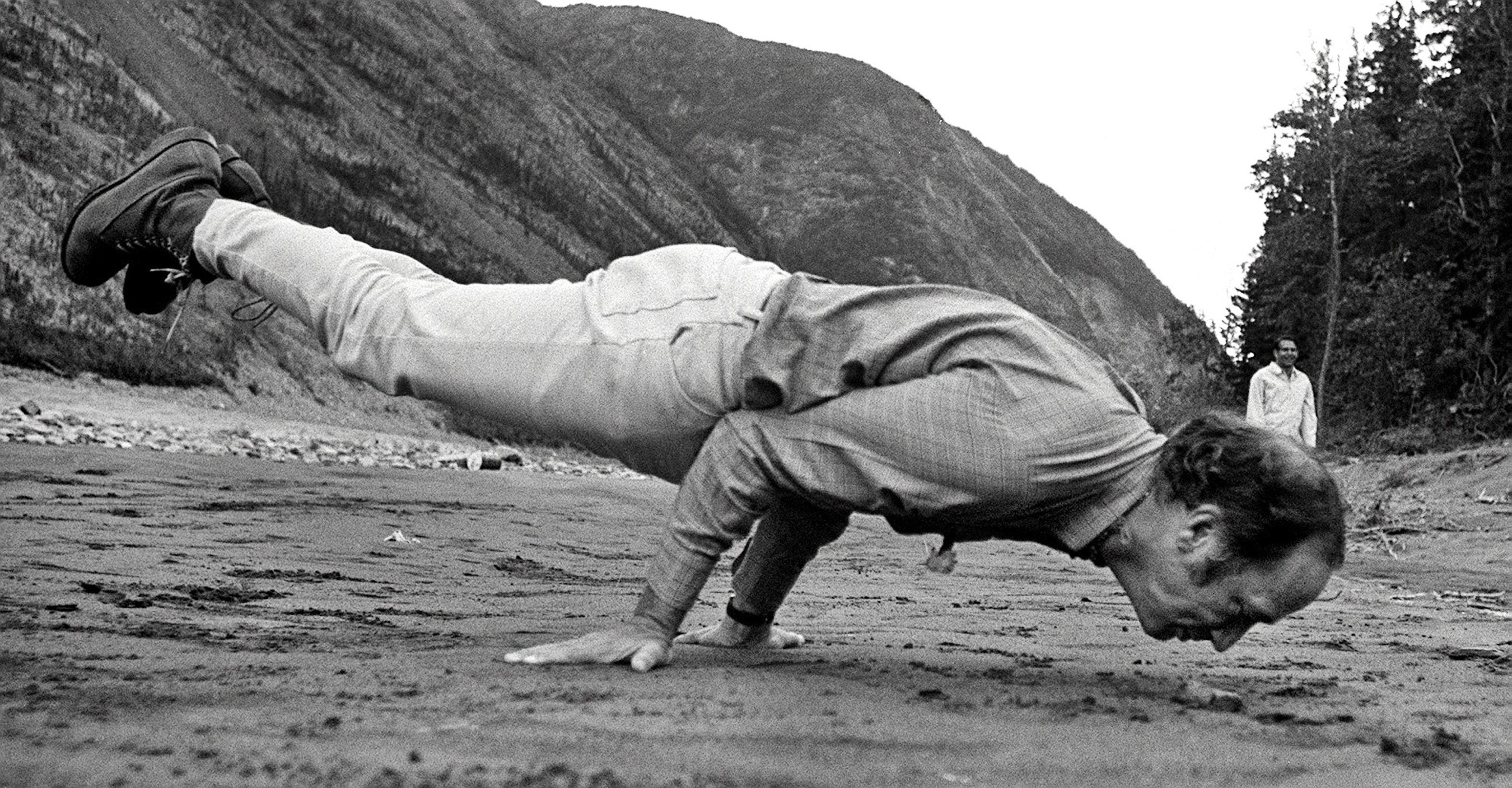 Justin Trudeau, Canada’s prime minister-designate, will soon return to his childhood home at 24 Sussex Drive. In an earlier era, his father then-prime minister Pierre Trudeau was famous for his quick wit, style and charisma. Here, some memorable moments of his time in office.

**Originally published in the September 2009 issue of Zoomer magazine

In April 1968, six months after I landed my ﬁrst job as a photographer, Pierre Elliott Trudeau became prime minister. In June of that year, he made a trip to the Arctic, and I was assigned by The Canadian Press to accompany him, his brother Charles, two aides, an RCMP bodyguard and a CP reporter.

During that ﬁrst trip, Trudeau became accustomed to me bouncing around with a camera in control that by his actions in front of my lens.

To commemorate the 10th anniversary of the death of Pierre Trudeau, there was a book published that was called Trudeau: Images of Canada’s Passionate Statesman. With it, a commentary from Trudeau’s sons, Justin and Alexandre, the book is a collaboration of The Canadian Press photographers, including Zoomer columnist Peter Bregg.

Bregg, who was there from the beginning, shares his exclusive access and his most memorable moments of the Trudeau era.

Trudeau and his new bride, Margaret, whom he married in March 1971 after they met in Tahiti at Christmas 1967. Here they attended a sugaring-off party in the Eastern Township just weeks after their wedding.

With John Lennon and Yoko Ono in the prime minister’s office in Ottawa. Trudeau met with the couple following their protest bed-in at the Queen Elizabeth Hotel in Montreal in 1969. All three are looking at me in a room full of photographers because Trudeau told them: “Watch out for this guy,” while pointing in my direction. Lennon said after the meeting that if more leaders were like Trudeau, there would be no more war.

In a fur cap gifted to him during a 1973 Arctic tour to the Northwest Territories. I’ve photographed many world leaders receiving T-shirts, ﬂowers and hats among other things. Usually, the objects were handed off to an aide. Trudeau was one politician who enjoyed getting into the spirit of the event. He wore native headgear, colourful jackets, garlands — whatever was handed to him, especially if it was part of the local culture.

Reaching out to his supporters in Grand Bank, N.L., in 1973. This situation may never be repeated with any other prime minister because, in this photo, there are no aides, press or bodyguards between Trudeau and my camera.

Riding a camel in a village in India in 1970 during a month-long tour. Trudeau wears garlands given to him by villagers; the tilaka on his forehead symbolizes the third eye associated with many Hindu gods and the idea of meditation and spiritual enlightenment.

Chatting with U.S. Ambassador W. Walton Butterworth at the Governor General’s garden party in Ottawa in June 1968. The ambassador wears the formal attire for the diplomatic corps while Trudeau showed up in silk suit, open-necked shirt and ascot. Trudeau always managed to set the fashion standard — views on formal attire changed as a result of the PM’s “faux pas.”

An October 1973 boat cruise on the River Li near Guilin, one of China’s scenic tourist cities. This was Trudeau’s ﬁrst trip to China after the resumption of diplomatic relations following the 1949 revolution that saw Mao Zedong come to power.