Grace Coddington Steps Down from Vogue 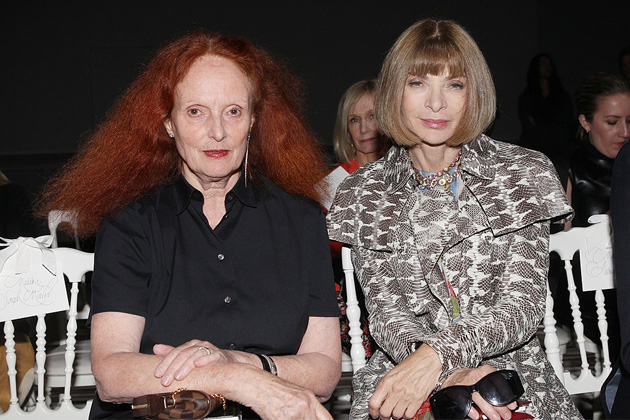 Grace Coddington, the legendary creative director at American Vogue for more than 30 years, is stepping down from her full time duties at the magazine.

It was reported that a spokesperson for Vogue said Coddington will assume the role of creative director at large, working on just a few Vogue shoots per year, thereby allowing her to pursue other projects in the industry.

“I’m not running away from Vogue, because it has opened so many doors. But it will be nice to collaborate, and nice to go out and give talks to other people,” the 74-year-old Coddington told the industry blog, Business of Fashion. “I’m certainly not going into retirement. I don’t want to sit around.”

Coddington’s photo shoots at Vogue are known for celebrating the fantasy, romance and whimsical aspects of fashion. Over the years, she has worked with some of the most high-powered photographers in the industry, including Bruce Weber and Annie Liebovitz. Not to mention the roster of A-list celebrities that appear on the magazine’s covers – of which she has publicly declared she much prefers to work with models instead of celebrities.

But while the flame-haired former model was often content with toiling away in the background, helping to create some of the most iconic images in fashion (she styled the infamous Kim Kardashian and Kanye West Vogue cover) she became somewhat of a celebrity herself in recent years. The 2009 documentary, The September Issue, catapulted her into the limelight as it showed her locking horns with her boss, Anna Wintour.

It’s already reported that she has enlisted the services of an agent, will be collaborating on a perfume this year with Comme des Garcons and working on another book. Her 2012 autobiography, Grace, is also reportedly getting the cinematic treatment.

It looks like retiring on a beach is not just yet in the future for this 74-year-old.