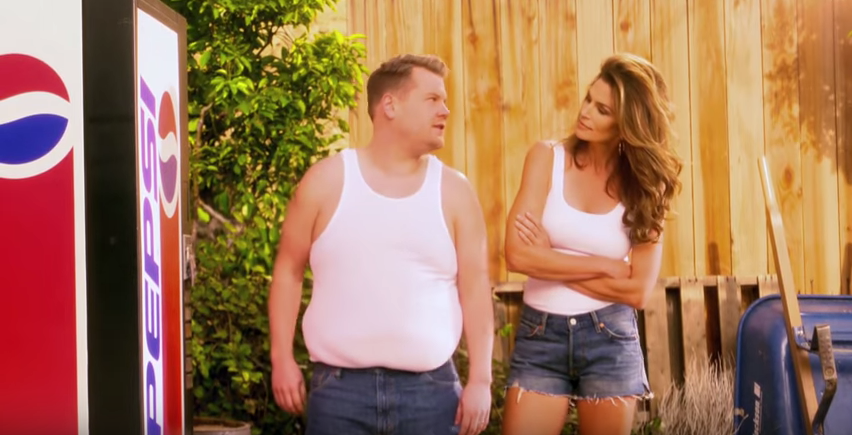 Back in 1992, Pepsi released a commercial during Super Bowl featuring the bombshell supermodel Cindy Crawford dressed in denim daisy dukes and a white tank top, guzzling a can of the soda.

The commercial came out at the height of the supermodel era and gained iconic status.

Fast forward 24 years later, Pepsi revisits this classic ad and released a new commercial – a parody – that aired Sunday night after Super Bowl 50, starring the supermodel again, dressed exactly as she was in the original. Except she has a co-star, the hilarious host of The Late Late Show, James Corden, 37, also dressed in jean cutoffs and white tank top.

What’s remarkable about this new spot is Crawford, who appears practically ageless, looking even better after more than two decades later.

Turning 50 later this month, the mother of two teenagers aged 16 and 14 years old, her body remains svelte, her face flawless and her famous mane of hair remains thick and lustrous. While you can debate how much is owed to hair, makeup and lighting wizardry, she clearly possesses good genes, takes care of her body and could be the poster model for what age 50 looks like in today’s world.