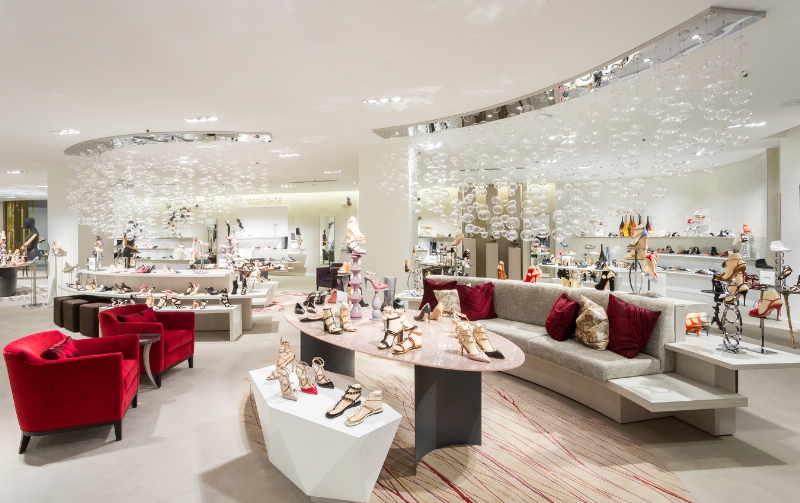 After two years of extensive planning, Saks Fifth Avenue finally opens its first Canadian store at Toronto Eaton Centre this week. A second store will be opening next week at Sherway Gardens. The four-level flagship store in Toronto features an array of luxury products that includes footwear, apparel, accessories and beauty products for both men and women. Some of the fashion world’s most coveted labels – Christian Dior, Valentino, Givenchy, Alexander McQueen and Saint Laurent, just to name a few – can be found within the swanky environs.

Renown for impeccable customer service, the 92-year-old American department store hopes to replicate the luxurious experience it is famed for here in Canada with such services as taking the best of the store directly to a customer’s office, home or hotel, private shopping suites and makeovers at their cosmetics counters. A food hall by Pusateri’s and a new restaurant concept by Oliver & Bonacini will be opened this spring.

Bought by Hudson’s Bay in 2013, Saks is just one of a slew of foreign retailers entering the Canadian market. Later this year, Nordstrom will be opening stores in the Toronto Eaton Centre and Yorkdale shopping centre.

Despite our jittery economy with falling oil prices and a declining loonie, it could be a battle between the luxury stores for well-heeled customers.

But judging from the opening night cocktail party this week at the Saks store – despite the chilly night, 1,500 guests showed up – it looks like this thoroughbred- bred luxury retailer is off to a flying start.