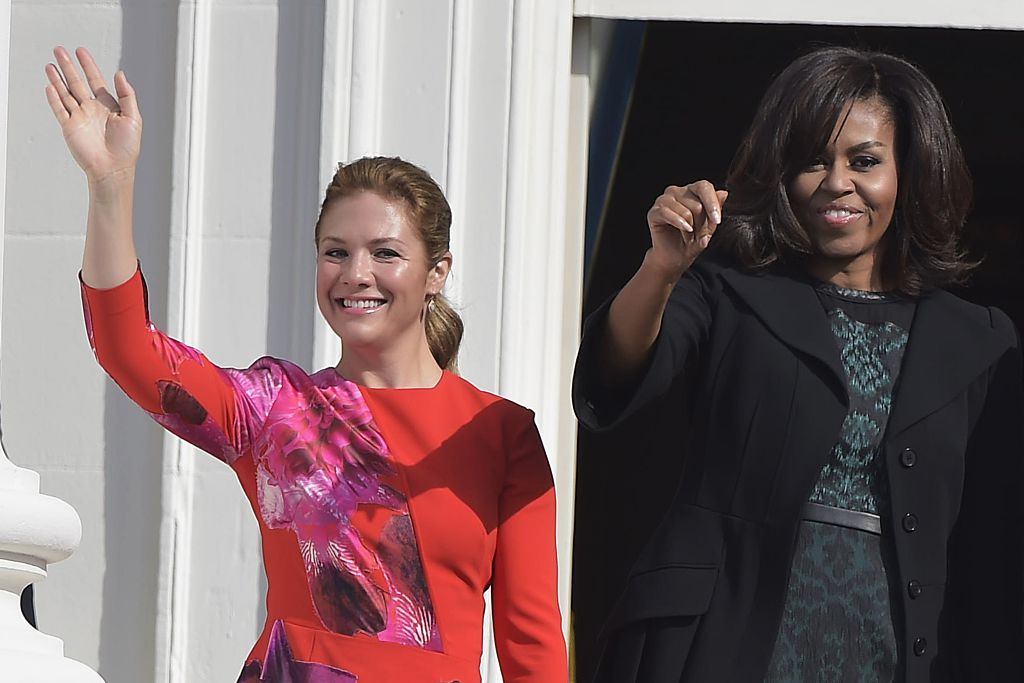 Sophie Gregoire-Trudeau is certainly championing Canadian designers and retailers from head to toe on her State Visit to Washington with hubby Prime Minister Justin Trudeau.

The mother of three, alighted from the government jet yesterday at Andrews Air Force Base wearing a stone coloured pantsuit from Montreal designer, DUY. Later in the day at a reception, she wore a floral cardigan from Toronto designer Ellie Mae.

Today, for their meeting with the Obamas at the White House, she turned up looking cheerfully bright in the Washington sunshine, wearing a red dress with floral print cutouts by Toronto based designer Lucian Matis. Carrying a large red clutch from the behemoth shoe retailer, Aldo, and finishing off the look with red and pink pumps from the Toronto based shoe brand, Zvelle.

But she was not the only one showing some love for Canadian designers. The fashionable First Lady of the United States was also turned out today wearing an outfit from Canadian designer Tanya Taylor. The designer is based in New York and has been garnering fans for her sophisticated and lady-like designs.