Cheers! Glamour and Celebrity at the State Dinner 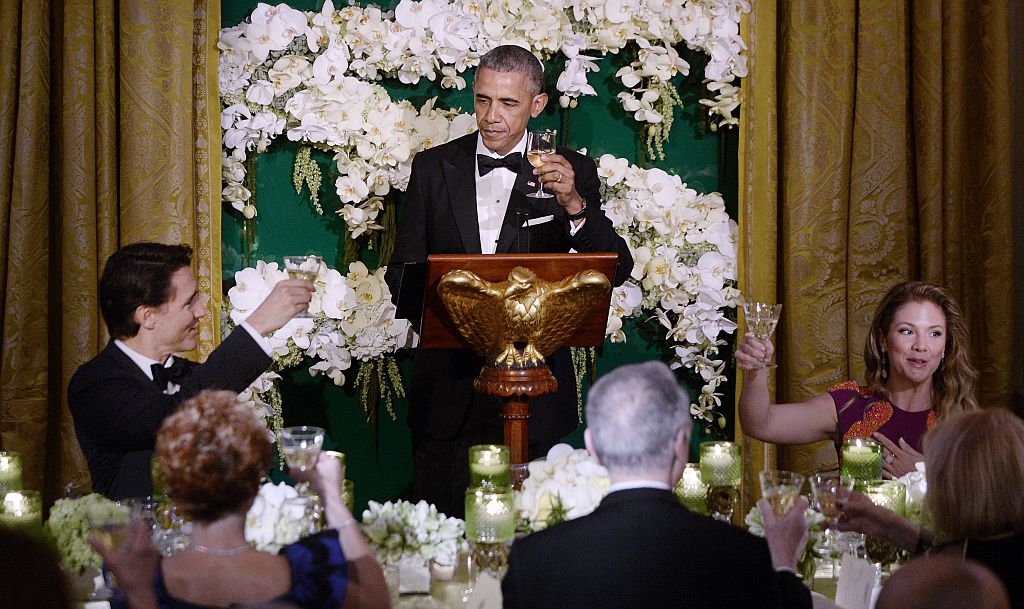 Canadian celebs from the entertainment and sports worlds converged at the White House last night for a State Dinner honouring Prime Minister Justin Trudeau. Here, we round up some of the most stylish looks of the evening.

Not just politicos, but bold face names from the entertainment and sports worlds converged at the White House last night for a State Dinner honouring Prime Minister Justin Trudeau. The glamourous evening was a high point of the Canadian Prime Minister and his wife, Sophie Gregoire-Trudeau’s three day State Visit.

The evening had a special poignance, as it marked a second generation Trudeau mounting the White House stairs for this particular political ritual. Pierre Trudeau – Justin’s father – was honoured at State Dinners at the White House twice (1969 and 1977) during his tenure as Prime Minister. President Obama made reference to this during his speech at dinner and acknowledged Margaret Trudeau, Justin’s mother, who was also in attendance at last night’s dinner and got a standing ovation.

The evening was also a boon to Canadian designers as Sophie Gregoire-Trudeau wore an embellished purple gown by Toronto-based designer, Lucian Matis. She accessorized the look with cabochon moonstone and topaz custom earrings by Toronto jewellery designer, John de Jong.  First Lady, Michelle Obama also paid homage to the visiting Canadians and wore a floral print gown by Canadian-Taiwanese designer, Jason Wu. The New York based designer seems to be a favourite of Mrs. Obama since she wore his designs for both of her husband’s Presidential inaugurations.

The evening’s cuisine also paid homage to the Great White North, with a meal that included Oysters from the Pacific Northwest,  salmon from Nova Scotia and poutine.

We round up some of the stylish bold face names of the evening. US Ambassador to Canada Bruce Heyman and his wife Vicki Heyman.