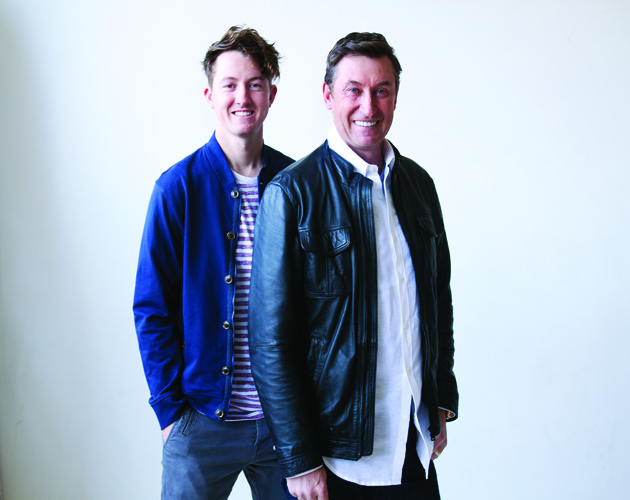 This Father’s Day, give dear dad or grandpa a style piece from a Canadian legend who has an exclusive partnership with Sears Canada with the No. 99 Wayne Gretzky Collection.

The collection made its runway debut at Toronto Fashion Week last October, with The Great One himself front row. True to his humble, relaxed but always cool style, he did not take a bow.

No. 99 is one of the most iconic personal brands in Canada—and sports, period. And, while Gretzky is not known as a fashionista, the aspirational achievement of sports glory has always translated well into style.

He became enough of a cultural touchstone off the ice that he was immortalized in a Warhol. And if that isn’t chic enough, when he’s not at his winery in Niagara, his wife Janet documents via her Instagram account, their idyllic family-centric California lifestyle.

The line’s easy-going look and feel translates into staples such as polo shirts, khaki pants, check patterned shirts, soft blazers and leather like the jacket worn above by Wayne.

Though classic, it’s savvy enough for the guy who wants modern clothes that can take him from casual Fridays at the office to the golf course or the cottage and are also easy to pack and travel with.

They also cross generations. As Gretzky said, his sons often raid the boxes of merchandise when it arrives at his house.

A version of this article appeared in the June 2016 issue with the headline, “Fashion Faceoff,” p. 14.