The Fantastic Hats At Royal Ascot 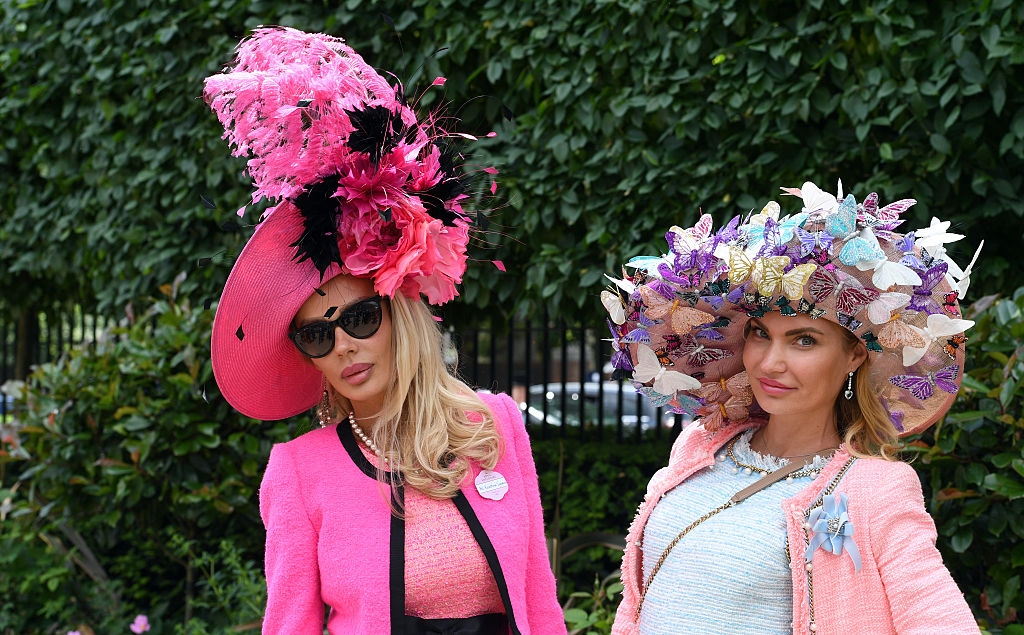 Royal Ascot—the annual five day horse racing event in Berkshire, England—drew to a close this past weekend. While it is one of the most prestigious in the equestrian world, attended by the Queen and other members of the British Royal Family and is one of the major events of the social season,  it is also legendary for being a showcase of hats and fine millinery.

Founded by Queen Anne and dating back to 1711, Royal Ascot has strict guidelines on dress codes for guests. Depending on where you are seated – The Royal Enclosure being the place to be and be seen – there are very specific rules that dictate the length of your dress, the width of your dress straps and hats are mandatory.

Don’t even think you can get by with wearing a fascinator in the Royal Enclosure. The rules dictate exactly what constitutes a hat; any headgear worn must have a solid base of 4 inches or more. With such draconian guidelines, the event has turned into an epic fashion spectacle, as each year, some guests try to outdo each other with hats that can range from the fantastical to the downright head turning.

Click through for some of the hats that made the scene this year. FLORALS AND BUTTERFLIES. Guests take inspiration from flora and fauna for their headgear at Royal Ascot. DUCHESS DEMURE. Never one to be showy, Catherine, Duchess of Cambridge wears a subtle headpiece to Royal Ascot.

COUTURE CREATION. It’s not unusual for some guests to plan their outfits months in advance and to have their hats custom-made. BIG HEAD. A racegoer poses in an oversized hat in the shape of a rose.