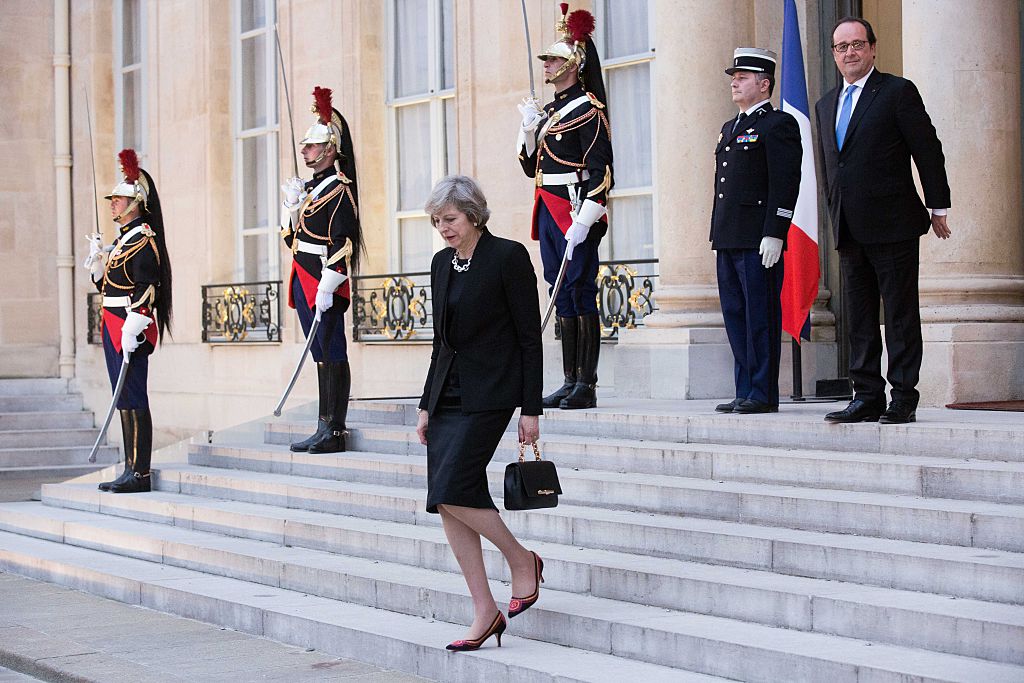 Unlike most female politicians, who often downplay or ignore matters of fashion, Britain’s new Prime Minister, Theresa May, is unabashedly a fashionista.

The 59-year-old leader of the Conservative Party, who took over leadership reins after the recent Brexit fallout in the UK, has shown a love for bold jewellery, daring necklines, colourful nail polish, over-the-knee patent leather boots and an item that has seemingly become her style signature—leopard print kitten heels. It’s a fashion accessory that is subversive in nature because, while demure and lady-like in stature, it’s also sexy and provocative. And Theresa May owns several pairs and shows no compunction about frequently wearing them.

The newest occupant at 10 Downing Street—only the second female in history after Margaret Thatcher—has never tried to hide her appreciation for fashion and once famously declared she enjoys clothes.

In an interview back in 2005, she declared that the greatest loves in her life were her husband and shoes.

When asked on a radio show what would be the one luxury item she would chose to take to a deserted island, she mentioned a lifetime subscription to Vogue magazine.

In 1996, the fashion magazine featured her in a piece on women and office attire and styled her in a suit from the conservative British brand, Aquascutum. She later told the Telegraph, “In truth, I would have preferred Versace.”

While it’s refreshing to hear a powerful woman in political office actually admitting to enjoying fashion, such a notion has traditionally been seen as career limiting. Political pundits would have you believe that to show an interest in such a subject would deem you frivolous, vain and somehow less intelligent to constituents.

When Hillary Clinton was running against Barack Obama for the Democratic presidential nomination in 2008, she allegedly  refused to be photographed for the cover of a major American fashion magazine. It was rumoured that she was advised it wouldn’t be in her campaign’s best interest to be seen on the cover of a fashion magazine at such a pivotal time.

Obviously Theresa May couldn’t care less about what her love for fashion or clothes suggest about her.  She has serious political chops which should indicate how suitable she is for the top job. As MP for Maidenhead since 1997, she has climbed the ranks to the upper echelons of the Conservative Party before becoming Home Secretary in 2010. She made history as the longest serving candidate in that position in the past 100 years.

And now she’s making history again as the second female to lead one of the most powerful nations in the world. And she doesn’t mind looking damn good while doing so. Even back in her years as Home Secretary, Theresa May showed some style savvy, dressed in a Vivienne Westwood jacket and wearing plum coloured kitten heels as seen here in November 2011 as she attends a cabinet meeting at Downing Street. Perfectly coordinated in cool blue hues, Theresa May arrives for a meeting with then-British Prime Minister David Cameron in June 2016. Wearing an elegantly chic suit, Theresa May amps up the style wattage with a pair of graphic gloves as seen here at a ceremonial welcome ceremony for Singapore’s President Tony Tan Keng Yam in October 2014 in London. Dressed in one of her colourful signature coats and a pair of patent leather boots, Theresa May attends an event for visiting President of South Korea, Park Geun-Hye, back in November 2013 in London. British Prime Minister Theresa May has shown a particular love for leopard print kitten heels, judging from the various pairs she wears. Taking a page out of the Queen’s style book, Theresa May wears a coordinated hat with her dress for the official ceremonial welcome for The President of the Peoples Republic of China, Mr. Xi Jinping, state visit to England in October 2015.