Pippa Middleton’s Wedding: The Stylish Society Event of the Year 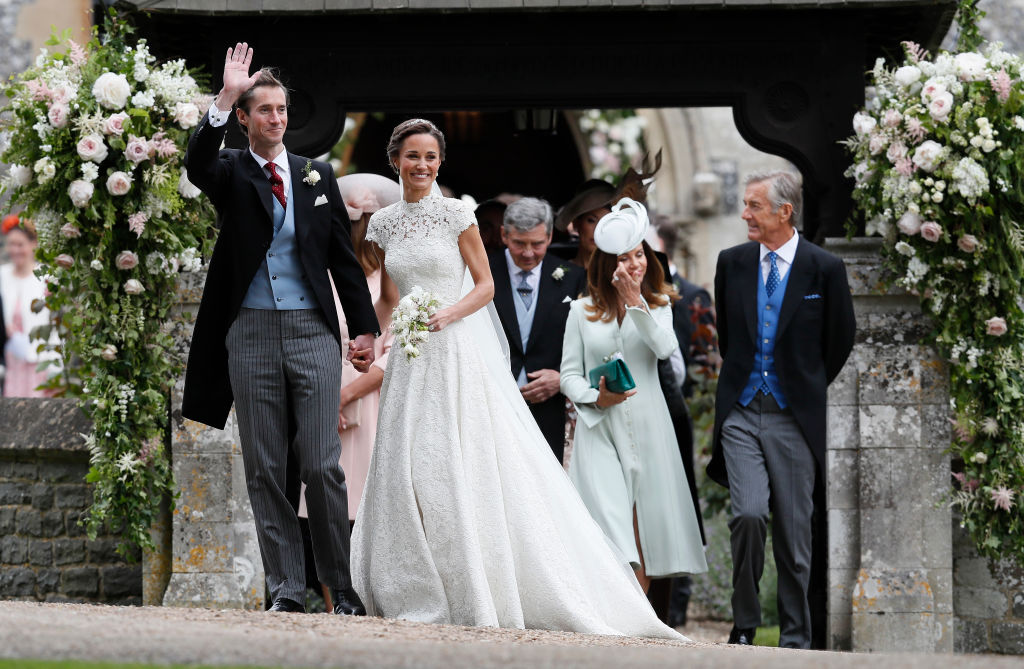 The world’s most famous bridesmaid finally had her very own Big Day and walked down the aisle to tie the knot.

Pippa Middleton, 33, younger sister of Catherine, Duchess of Cambridge, married millionaire financier James Matthews, 41, in a quaint chapel on a private estate in Berkshire, England on Saturday, May 20.

The younger Middleton first entered the international limelight in 2011 at the Royal Wedding, where she was the maid-of-honour for Kate and was dressed in a slinky, form-fitting gown with a plunging neckline.

For her own nuptials, she wore a custom-made gown by British designer Giles Deacon. It was reported the pearl embellished lace confection was designed (and hand-assembled!) to look seamless. Featuring a heart-shape cut out back, cap sleeves and a fitted bodice, the designer said he was inspired by the 1963 Luchino Visconti film, The Leopard. The bride completed her look with a Stephen Jones veil and Manolo Blahnik shoes.

But while her wedding look was classic, her guests—a mix of royals, celebrities and friends—showed up in all manner of fashionable attire from midi-length dresses (this season’s new silhouette) a wash of spring pastels and of course, it’s not an English wedding unless there are decorative hats galore.

Scroll through our slide show below for some of the notable guests and what they wore at the wedding.

Mother-of-the-bride, Carole Middleton, 62, wore an outfit by Catherine Walker and is seen here accompanied by her son, James Middleton. Princess Eugenie wears a navy dress by designer Paule Ka and is accompanied by her boyfriend, Jack Brooksbank. Most of the male guests wore tailcoat jackets, much like Prince William and Prince Harry, who paired theirs with pastel coloured waistcoats. Catherine, Duchess of Cambridge and sister of the bride, wore a custom made dress by Sarah Burton for Alexander McQueen, the designer who made her royal wedding gown in 2011. The Duchess is seen here with her children, Prince George and Princess Charlotte, who were part of the bridal party as flower girl and page boy.