Maye Musk, 69, Is The New Face of CoverGirl 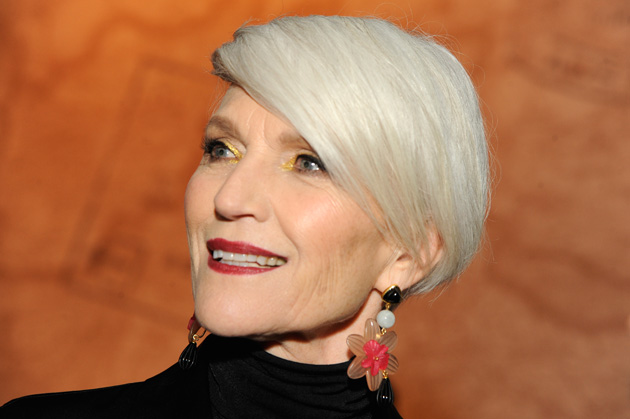 CoverGirl continues to corner the market on diversity, announcing 69-year-old Maye Musk (and former Zoomer cover star) as the newest ambassador of its brand. It comes hot on the heels of the beauty company’s hiring of James Charles, it’s first cover boy, and Nura Afia, it’s first CoverGirl in a hijab.

Musk is no stranger to the industry: The statuesque beauty boasts five decades of modelling experience and holds two master’s degrees. She’s also a respected dietician and nutritionist. Musk even appeared alongside Beyoncé in the singer’s 2013 music video for her single, “Haunted.”

“I just love that CoverGirl wants to do diversity,” Musk told the New York Times. “They haven’t had a model this old in their campaigns. I’m turning 70 in April of next year. I think that women will be really inspired to see that even at 69 you can get a beauty campaign.”

Musk announced her new role with CoverGirl on Instagram:

Musk also has three adult children: Elon, a founder of PayPal and Tesla; Tosca, a filmmaker; and Kimbal, a founder of The Kitchen Community, a nonprofit that builds gardens in schools. She also has 10 grandchildren.

Despite her hectic work schedule, family life and modelling contracts, Musk is ready to tackle another challenge—making the world realize beauty is for all ages.

“Aging has been good for me,” she says. “You develop confidence, you’re able to handle the knocks a little easier. I model for my age. I’m not trying to hide it and say I’m 50. I’m so proud that I’m going be 70.”