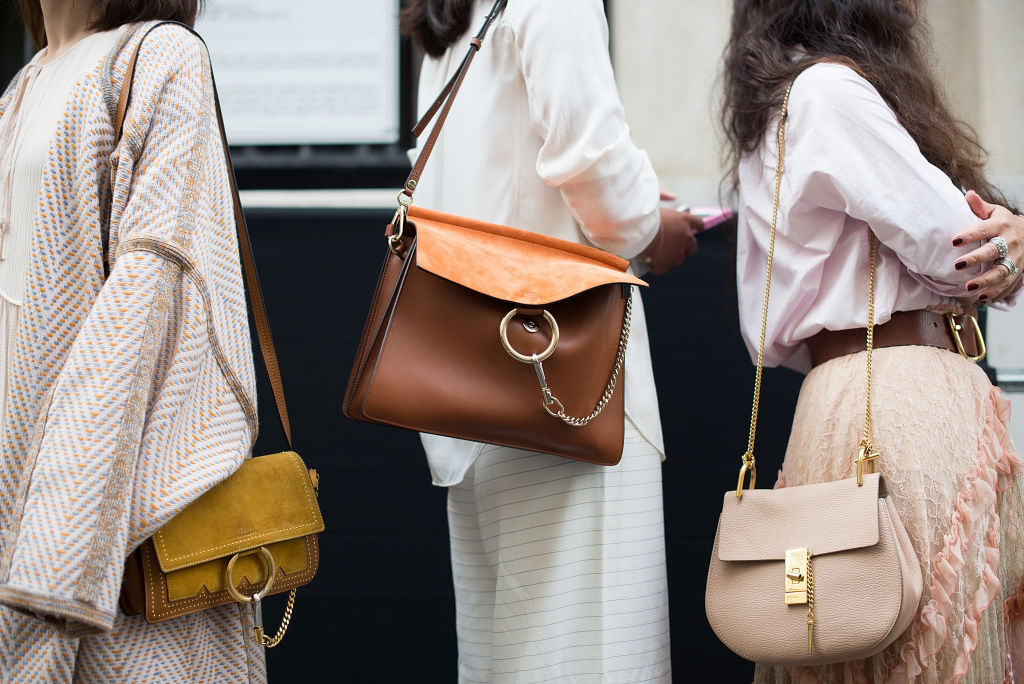 Today, women are still inspired by the late designer, finding some of his style signatures like le smoking and his vibrant colour pairings intoxicating.

As far back as the 1960s, Saint Laurent recognized the gold mine of inspiration from what people wore on the streets. Now street style has exploded into a very influential source – and big business – for major international fashion brands and designers. So much so, a large group of street style photographers recently banded together to form an “unofficial union” with the hashtag #NoFreePhotos. This is to protest companies freely using or poorly compensating for their images.

Paris Fashion Week is currently underway and is a major stomping ground for street style photographers snapping the parade of editors, retailers and influencers attending the shows.

So we take a page from YSL and look for inspiration from what these people are wearing on the streets of Paris.

Scroll through our slide show below on what the fashion pros are wearing to the shows at Paris Fashion Week.

Floaty peasant skirts, folkloric embroideries and sun-drenched colours – all elements of the bohemian trend – is often associated with idyllic summer days and music festivals. But model and actress Marisa Berenson, 70, seen here attending the Christian Dior show during Paris Fashion Week in late September, not only gave the youthful trend a sophisticated spin but also made it look appropriate for fall. If you happen to possess a fabulous peasant skirt in a bold hue, consider styling it against an all-black canvas – like she did, with black turtleneck, tights and shoes – for a twirl on cooler days. Note the extra flourish she added with a velvet scarf wrapped as a belt.

How do you take an oversized utilitarian denim jumpsuit – favoured by mechanics – and make it feminine and worthy to wear to the fashion world’s summit – Paris Fashion Week? If you’re British filmmaker, Sam Taylor Johnson, 50, you cinch it tightly at the waist and pair it with a sexy pair of slingback pumps. While the one-piece is a different take on the denim-on-denim look (or the Canadian tuxedo as it’s known in some circles) the slouchy style offers more ease and comfort yet looks cool and chic.

Brazilian actress Carolina Ferraz, 49, shows the egalitarian spirit of denim. Her jeans paired with t-shirt is the quintessential casual look embraced the world over. But throw a fabulous and colourful printed coat over the ensemble, elevate it style-wise with embellished pumps and you now have a haute look which is camera-ready for the front row at the Dior show.

It seemed like during Paris fashion week, attendees – including Vogue editor, Anna Wintour, 67 – were making a statement in anything but a black coat. It might be your go-to cover-up, but give your long black coat a rest this season and instead opt for a bold patterned topper. If you’re considering investing in one, choose time-honoured patterns like tartan, plaids, checks and houndstooth in classic styles like pea coats, a trench, single or double breasted that will take you through the years.

Experiment with prints and patterns by mixing a few together on one outfit, like this guest seen here attending the Dries Van Noten show, who incidentally is a designer known for putting together unexpected and startling combinations of prints and colour. Some simple guidelines – if you’re a newbie to mixing and mis-matching – and to keep you from looking like you got dressed in the dark, aim for a selection of prints that might have something in common, whether it’s colour or provenance, like this guest who wears four different patterns together but they are all based on menswear prints found in pyjamas and neckwear.

The unexpected pairing of red with pink is startling, refreshing, artful and is suitable at any age. If you’re not doing it head to toe, keep the other items to neutrals like denim, white or black. This bold combo is actually having a moment this season and could be found splashed out in apparel, accessories, decor and advertising. Fittingly, it was in Paris back in the 1970s, when Yves Saint Laurent sent out such unorthodox colour pairings down his runway.

The pyjamas dressing trend continues but this guest at Paris Fashion Week took it to the next level and amped up the luxury and glam factor. Instead of pyjama-style pant and shirt combo, she paired her velvet pants with a matching velvet robe and dressed it up even further with a formal man-styled waistcoat and tuxedo scarf.

If you’re looking for a new bag this season, try a style with a long strap, like these guests at Paris Fashion Week wearing Chloe bags slung over their shoulders. Of course this style is not new and you probably have one or two in your closet already. Of historical note, it was in Paris that a designer came up with the concept of putting straps on ladies handbags. It was Coco Chanel back in February 1955 who debuted this ‘hands-free’ style bag. She reportedly said she was tired of always having to hold her bag in her hands and decided to put straps on it, to free up both hands. The bag she designed was quilted, with a flap closure and on a gold chain strap and named the 2.55. It is considered the quintessential and most popular Chanel bag and is still sold today.