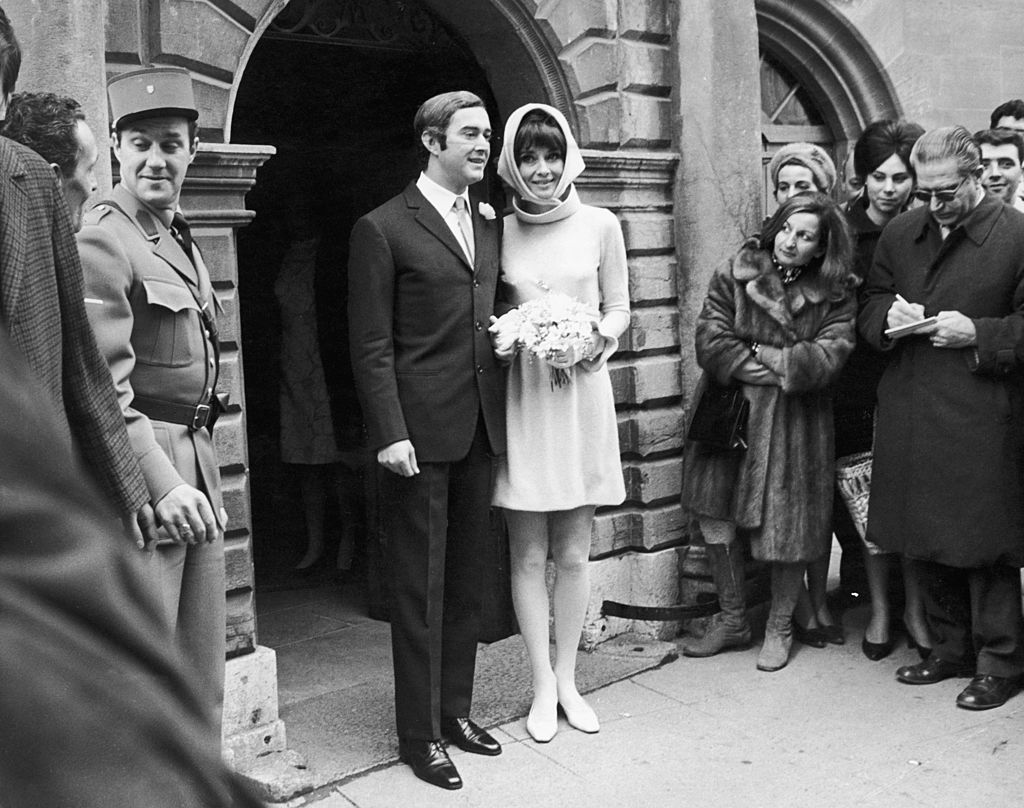 Some of the most iconoclastic of Hollywood legends of yesteryear chose to break from the wedding gown tradition for their nuptials. Here, we round up five style icons who didn’t take the white route to matrimony.

Even in these modern times, young brides adhere to the tradition of wearing a white wedding gown for their big day.

And as she walks down the aisle in her wedding dress, this ‘big reveal’ as it may, remains one of the most anticipated moments of the occasion for both bride and guests. Remember the frenzy leading up to Kate Middleton’s wedding day as the world waited to see what her gown might look like.

The white wedding gown was a trend started by Queen Victoria when she married Prince Albert of Saxe-Coburg in 1840. Red was the trendy colour for bridal attire at the time. While she was not the first queen to wear a white gown for her wedding – Mary Queen of Scots also opted for white for her nuptials in 1558 – it was Victoria’s gown, which also featured lace, that really kick-started this long lasting trend for white bridal gowns. The wedding portrait photo was widely circulated and published, thus inspiring many brides to choose white for their wedding day. And today, her full skirted gown with a fitted bodice, still remains a style most associated with wedding dresses.

Despite such a strong prevailing tradition, a few brides boldly choose to march down the aisle to their own sartorial beat.

Solange Knowles (Beyonce’s kid sister) recently opted for a creamy white jumpsuit with a matching cape for her wedding day. Our own Avril Lavigne for her wedding to second husband, musician Chad Kroeger, took a goth route and wore a black gown which included a black bouquet. Of course, second time brides often forgo the big pouffy white gown – having most likely done that already – and opt for something decidedly non-bridal looking.

But lest you think this is a modern day attitude, some of the most iconoclastic of Hollywood legends of yester-year chose to break from the wedding gown tradition for their nuptials. We round up a few screen sirens and one legendary fashionista who didn’t take the white route to matrimony. Lauren Bacall was just 20 years old when she married Humphrey Bogart, 46, having met on the set of their 1944 film, To Have and Have Not. This would be his fourth marriage and her first and their May/December romance lasted almost 12 years until he died of cancer. As a first-time bride, the ever stylish Bacall wore a doeskin beige dress for the simple nuptials which took place at a farmhouse in Ohio in May 1945. When you have an entire nation despising you, all because their king gave up his throne so he can marry you, chances are, you would like your wedding to be a very low key affair. For her wedding to the Duke of Windsor on June 3, 1937, Wallis Simpson wore a blue dress made for her by American designer Mainbocher. Despite trying to keep the design a secret, a copy somehow got out and replicas were being sold in New York city almost the same time the nuptials were taking place at a chateau in France. She later donated the outfit – it was actually a long skirt and a matching jacket – to the Costume Institute of the Metropolitan Museum of Art in New York. For her second walk down the aisle, this time to Italian psychiatrist Andrea Dotti in 1969, actress Audrey Hepburn opted for a civil ceremony at the town hall in Morges, Switzerland. Since she wore a traditional white gown for her first marriage, she chose a pink wool dress with matching head wrap for her wedding attire which was made for her by longtime friend and designer Hubert de Givenchy. When Marilyn Monroe married baseball legend Joe DiMaggio in 1954 at San Francisco City Hall, the bombshell actress, surprisingly, chose a rather demure chocolate brown pencil dress with a matching jacket for the occasion. This wedding outfit was reportedly later sold at auction at Sotheby’s in 1998 for just over $33,000. Despite her glamourous persona, of her three marriages, Monroe only ever wore a white wedding gown once – for her first marriage at age 16. When Jackie Kennedy married her second husband, Aristotle Onassis, on October 20, 1968 on his private Greek island, she wore a knee length Valentino lace dress with a high neck and dropped waist. After leaving the White House and moving to New York City, the former First Lady wore Valentino regularly and he was one of her favourite designers.