Hair Without a Care: Why Women Over 50 Are Embracing Locks of All Colours 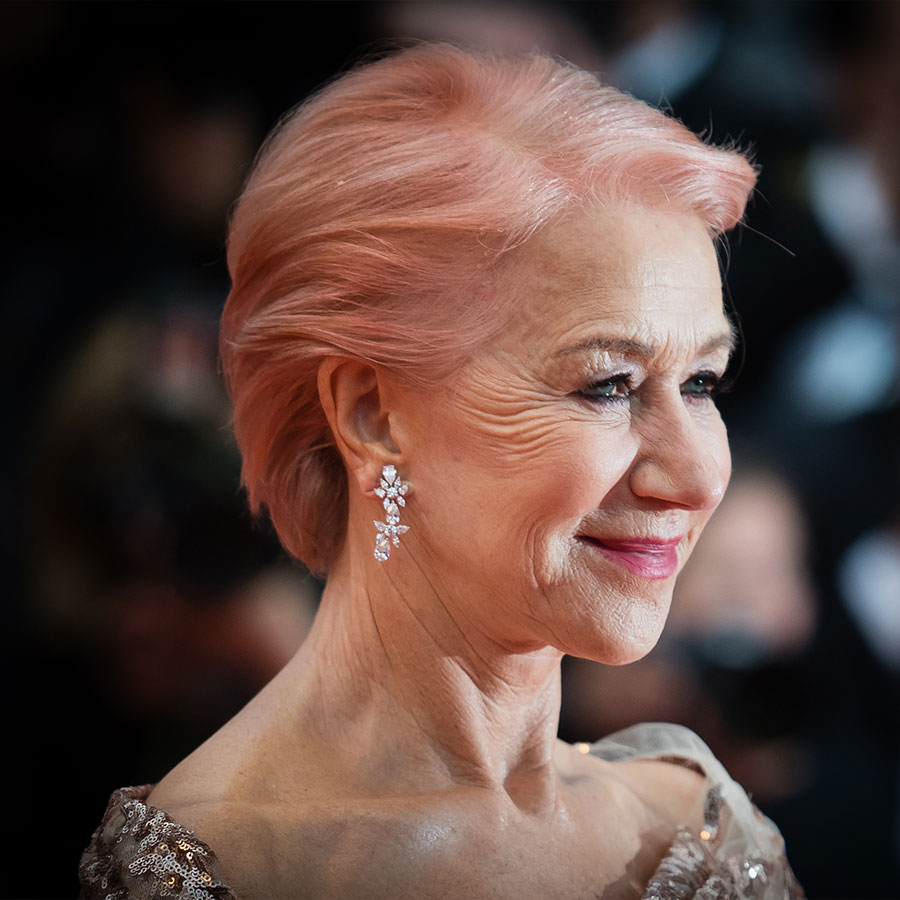 Women over 50 are embracing hair of different colours — from blue to fuchsia — thanks to trendsetters like Helen Mirren, above, who sported pink hair on the Cannes Film Festival red carpet in 2019. Photo: Samir Hussein/WireImage via Getty Images

We’ll start right there with the trend for women tinting their silver hair a range of candy-coloured hues, ladylike lilac through deep punk blues.

Punks pioneered the fashion for not-of-nature manic panic hair tones in the ’70s and ’80s — an anti-establishment look carried on by the grunge crowd in the ’90s that eventually filtered down to mainstream celebrities in the 2000s and beyond. And until recently, it was rockers, disaffected teens, or music, movie and fashion girls who were having a good time with the technicolour rainbow.

Let’s thank, as we do for so many things, Helen Mirren who, in 2013, dyed her hair cotton-candy pink and headed to the BAFTAs where the 67-year-old’s peony tresses made a splash on the red carpet. At 73, she did it again for the 2019 Cannes Film Festival, matching her locks to her rose-coloured sequin gown.

Always one to challenge preconceptions about women, aging, sex appeal and fashion — what’s “appropriate” for a lady her age — Mirren noted, in 2013, that she found inspiration in a young British model named Sophie Sumner.

“I just thought it would be fun to dye my hair pink,” she told the Independent. “Honestly, I was watching America’s Next Top Model and the British girl who won [Sumner], she had pink hair. I thought: ‘That looks really pretty.’ So, I’m copying her, basically.”

Of course, the image of the pastel-haired older woman didn’t always denote insouciance and modernity.

Banishing white hair’s yellow undertone, blue rinse was popularized in the 1930s by Jean Harlow, who used the temporary tint to tone her famous platinum blond. Common until the 1970s when more advanced, non-ammonia-based colour products were introduced for blonds, blue rinse was relegated to the older set looking to keep their white bright.

But no more! Today’s blue haired older woman is all the rage with her artfully painted azure highlights, layered pastel bob, and ombre coolness. Think the 83-year-old model Daphne Selfe, who dissed Botox while embracing the blue. Magenta more your vibe? Or, do you prefer a dark rose, bird-like plumage or a particular favourite colour?

With a nod to fab hair forerunners — Vivienne Westwood has long rocked orange crush, designer Zandra Rhodes is famed for her fuchsia, and Cyndi Lauper has been every colour in the rainbow since the ’80s — high octane-coloured hair has become so familiar that liberal media pundit Donna Brazile cycled through blue and lavender during a two-year stint at ultra conservative Fox News. A statement of nothing but stylishness, wow hair isn’t just for Katy Perry, Gwen Stefani and, well, Pink anymore.

When asked to reveal a “secret” in an interview with The Guardian last month, Rhodes, 80, cheekily quipped, “My hair isn’t naturally pink.”

And that’s exactly the point — and the attitude.

Hair Force: Products to Help You Fight Hair Loss In and Out of the Shower