The Mane Event: Evaluating the Latest Hair Loss Treatments for Men and Women 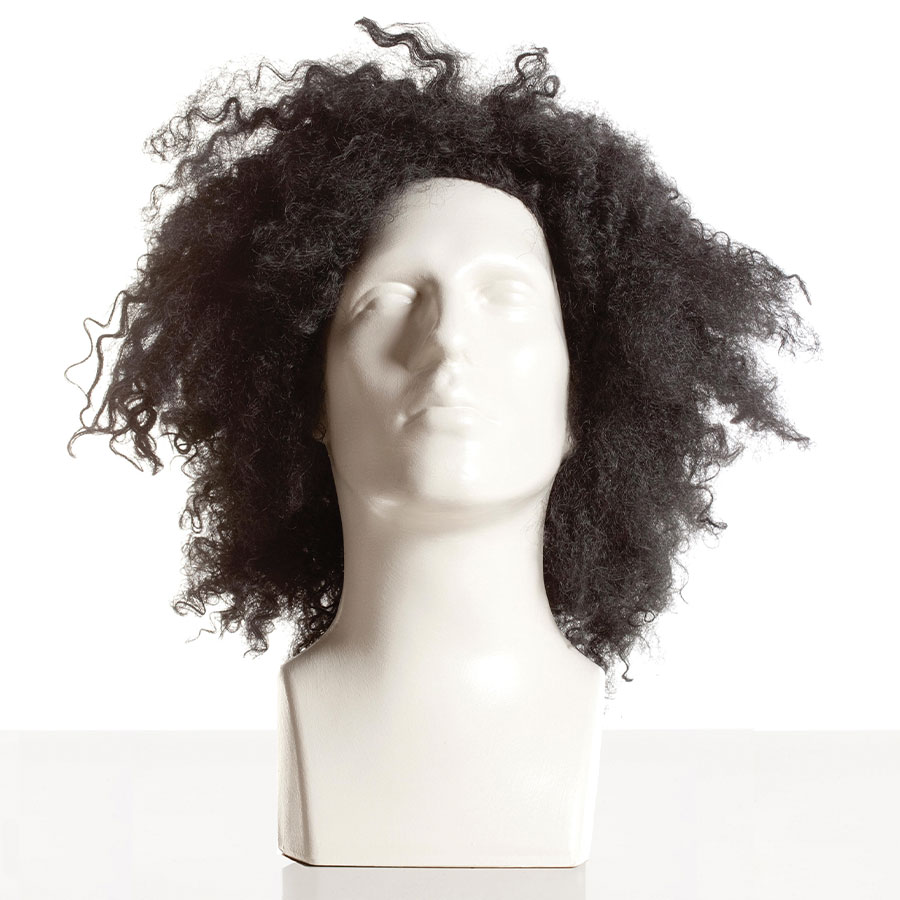 Matthew McConaughey’s hairline has been famous almost as long as he has. Never shy about endorsements — he flogs Lincoln and Wild Turkey in his seductive drawl — the 52-year-old Texas-born actor has been touting his favourite hair growth “tonic,” Regenix, since 1999. It hit the headlines when he released his 2020 inspirational guide/memoir, Greenlights, where he shot down rumours he had had a hair transplant, crediting his 10-minute-a-day massage with the product, an oil made of herbs and vitamins.

In a March interview with the British website LADBible, McConaughey shut down skeptics again, saying he had “more hair now than I did in 1999,” all due to “manual labour” with the hair tonic. The actor related that a plastic surgeon had tried to take credit for his new mane at an international conference, but McConaughey insisted his scalp was transplant-free.

How one chooses to treat baldness is a private matter, of course, but it feels unlikely that his hair regenerated with vitamin treatments alone. For most people, bigger guns are needed to achieve results.

Balding is not rare According to the American Hair Loss Association, two-thirds of men experience some hair loss by age 35; by age 50, it’s an astonishing 85 per cent. Almost all is related to male pattern baldness, or MPB, an inherited condition caused by sensitivity to DHT, a byproduct of testosterone. Women also suffer from various kinds of hair thinning, as well as hair loss, also known as alopecia.

We are newly sensitized to alopecia because of the unfortunate Jada Pinkett Smith joke at the calamitous Oscars this year. But baldness and its causes are a “very huge topic; we are talking volumes and volumes of textbooks,” says Dr. Julia Carroll, a well-known Toronto dermatologist at Compass Dermatology. Here is her breakdown of the major players in the baldness arena: Androgenetic alopecia is the above-mentioned inherited baldness, which affects women as well as men. Alopecia areata, “an autoimmune disorder that causes hair to come out in clumps the size of a quarter, and sometimes larger,” has a number of causes. Nutrition issues, extreme diets or mental and physical stress can cause another type, called telogen effluvium. Traction alopecia is “caused by prolonged or repeated tension on the scalp hair,” which could be caused by tight ponytails, weaves, extensions or braids.

Alopecia is either non-scarring (which can be treated) or scarring (where further hair loss can be stopped, although hair may not grow back on scarred areas). Non-scarring alopecia can also progress to permanent hair loss. Whatever the source, “hair loss is devastating,” says Carroll.

Toronto hairdresser Aaron O’Bryan is our national baldness expert, appearing on The Marilyn Denis Show to counsel guys with MPB. “When I say I’ve tried absolutely everything, I mean everything,” says O’Bryan, who started losing his hair in a serious way at 27. That’s when he began aggressively seeking solutions, so he never went bald. He tried non-prescription Rogaine; the prescription-only drug Propecia (he loved the results but quit because of rare side-effects, namely excess breast tissue and low libido); “vampire blood treatments” called PRP, where platelet-rich plasma is injected into the scalp; three hair transplants; Viviscal supplements; and a semi-permanent hair system he offers at his Toronto salon, The Cellar Salon. O’Bryan even has his own line of as-seen-on Dragons’ Den products, called AOB, featuring volumizing shampoo and conditioner with biotin. “Losing your hair can be like losing your identity,” he says. “You just don’t feel like yourself, and it gets worse over time.”

The first thing to do is see a dermatologist, because the problem is the scalp. “We take a very thorough history and get the story of the hair loss. Is it patches, shedding, thinning?” says Carroll. “Then, we take information on diet, family history, hair practices, as these can contribute to alopecia,” she says. Next, the doctor examines the scalp for signs of scarring, redness or scales. They will order blood tests to check for hormone and iron levels. “We do a pull test,” she adds, “which is exactly what it sounds like, and in some cases, do a biopsy” to come up with a diagnosis and treatment plan.

Here’s a breakdown of solutions, ranging from non-invasive treatments to the big guns.

McConaughey’s Regenix oil hasn’t posted any peer-reviewed studies, and doctors are firm about recommending products with proven effects. Carroll recommends Viviscal, “a marine-based supplement with really good data,” that has been around for 30-plus years. It is, however, “for people with good hair who want to make their hair better,” meaning it can help hair thinning or shedding, but won’t regrow lost hair. She recommends Viviscal for all degrees of hair loss, “because if I had hair loss, I would probably throw everything at it,” she adds. There are formulations for both men and women; the women’s adds an iron supplement. It takes about six months to start seeing thicker hair with less shedding.

In other over-the-counter news, Carroll says the topical treatment minoxidil (Rogaine), which was discovered in trials for blood pressure medication, is a first-line defence, as it increases blood flow to the hair follicles, stimulating regrowth and some new growth. Rare reactions include redness, itching and irritation. Carroll says prescription Rogaine may be better tolerated, but both can cause hair growth in undesired areas, such as near the hairline on the face. She suggests washing your pillowcase often to reduce the risk of accidental transfer of the product, which can contribute to the problem.

Propecia is the big name in pattern baldness pills, says Carroll, adding long-term studies show eight out of 10 men stop losing their hair, with two-thirds of study patients seeing some regrowth. It halts the conversion of testosterone to DHT, so it stops working when you stop taking it. There are notable, if rare, side-effects, including erectile dysfunction, decreased libido and male breast swelling.

Elon Musk is another celebrity whose hairline has been tracked extensively by online sleuths trying to determine if he had a transplant. In photographs from 2000, when he co-founded PayPal in his late 20s, the billionaire tech mogul appears to have lost a significant amount of locks, but his hairline was filling in
by 2012 and, in 2018, he debuted a full head of hair. For the world’s richest man, that is a pocket-change investment, since transplants can cost between $3,500 and $17,000, depending on the method and the size of the area to be treated.

Carroll says transplants are expensive, but a good alternative for men and women with androgenetic hair loss. “As a dermatologist, I would recommend physicians with a long history of doing hair transplants, where the doctor is very involved, and not a factory-type operation.” Another tip, she says, is to ask to see before and after pictures of previous patients. For reference: In follicular extraction transplants, single hair follicles are removed from a donor site on the head and implanted on the bald spots, while follicular unit transplantation involves removing a strip of hair from the scalp so follicles can be separated and implanted into the treatment area.

O’Bryan uses a brand called LordHair, available online at lordhair.com (from $200), lasting four to six months. “My transplants worked,” he says, “but not enough for me.” He wanted an even fuller hairline, so sought out the hair system he now uses on clients. They are basically new age toupées, which he custom cuts to fit into hair-loss areas. “It is really a thin layer of artificial skin with hair, that you glue down,” he says. “It looks completely natural; you can swim and wash your hair normally.” It does require salon visits every three to four weeks at $150 to $200 a pop, or you can learn to do it yourself. O’Bryan has predominantly male (but a few female) clients using this approach.

You have to work with hair-loss changes, not fight them, says Toronto hairdresser Tony Masciangelo, co-owner of Alcorn Salon. Shaving it all off or keeping it very short is his “reveal to conceal” strategy for male clients. The haircutting art is all in the “bald fade,” where the shaved or super short hair on top gently fades into the side of your head around your sideburns. This is a great look paired with a beard. “Just keep it very neat and tight.”

As for a balding crown, “you need to work with the overall shape of a man’s head,” he says. “I fade the cut into the bald area, to integrate the line. I always say, work with what you do have. It’s about the whole look, not about the balding parts.”

A version this article appeared in the June/July 2022 issue with the headline ‘The Mane Event’, p. 78.