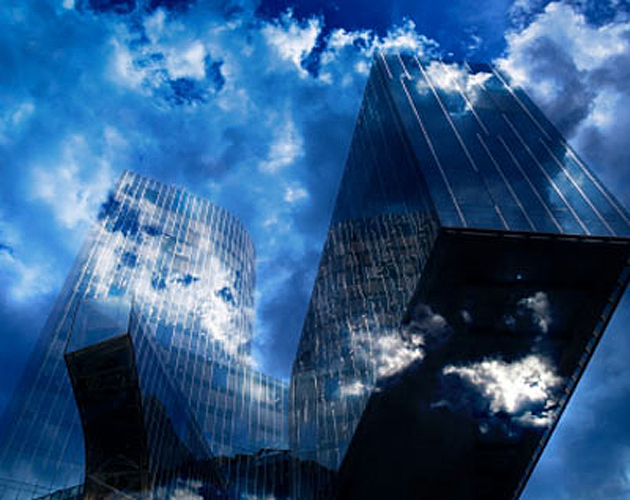 If well-known financial author Harry Dent is right, the New Great Depression began in 2008 and won’t run its course until 2023. That means another decade of hard times.

Mr. Dent, author of the 2011 best-seller titled <em>The Great Crash Ahead</em>, was one of the featured speakers at the World Money Show which was held in Toronto recently. His presentation was lively, entertaining, and at times humourous. But when he finished, most of the attendees probably went off to lunch wanting a stiff drink to sooth their shattered nerves.

Who could blame them? Mr. Dent threw one chart after another onto the screen designed to prove beyond any doubt that the financial world has already ground to a halt and that what we have experienced so far is just the beginning of a long decline into economic night.

“Retirees investing in stocks today will be dead before we hit the next cyclical peak,” Mr. Dent said, almost gleefully. The audience laughed nervously.

And it won’t be just stocks that will be hammered. The Canadian real estate market is due for a similar plunge, with Vancouver taking the biggest hit. “Vancouver thinks they’re special,” he sneered. “They’re not. Vancouver is the last place I’d want to buy in North America right now.”

As for Toronto, he predicted a decline of 33 per cent to 50 per cent in home prices. “Your bubble will burst,” he warned. “Don’t think your real estate market won’t go down.”

What will trigger these cataclysmic events? Demographics for one thing. Older people spend less — “they’re deflationary, they downsize everything”. Less spending means a slowdown in consumer demand, one of the most important economic engines.

(Not all experts agree with this theory; a Statistics Canada study done in 2009 found that people in their seventies spend only 5 per cent less than they did in their forties. However, they spend their money on different things.)

Then there’s the huge debt bubble. Counting unfunded federal liabilities (e.g. social security, Medicare) the U.S. owes $122 trillion — eight times the national GDP. Canada is in much better shape with a 295 per cent combined debt to GDP ratio, which he described as “a very sound position in world terms”. But it won’t be enough for us to escape the fall-out.

Add in China which drew Mr. Dent’s scorn as “a BS economy”. He could not say enough bad things about the country that everyone is counting on to pull the world out of the current funk.

“China is going down. They are not going to have a soft landing. It’s the greatest bubble in history. They’re building bridges and highways to nowhere — to Tibet, for heaven’s sake. They’re going to have the hardest landing in the world, not the softest.”

Finally, during question period a shaken investor asked Mr. Dent where people should put their money. He had four suggestions.

1. Cash. In a time of deflation, which he sees coming, cash will be king.

2. The U.S. dollar. Despite quantitative easing, foreign money will flow into the U.S. seeking a safe haven, driving the dollar higher.

3. Foreclosed U.S. real estate, because it’s cheap and prices will eventually recover. (Retirees might wonder in the light of his predictions if that will happen within their lifetimes).

4. Shorting stocks — but not for the next few months. Ironically, he thinks we’ll see an upward move of 8 per cent to 10 per cent in the markets in the near term before the hammer falls.

Afterwards, a couple of clearly nervous people asked me what I thought. My reply was that the doomsayers are always with us but the world keeps turning. Anything is possible but the direst predictions rarely materialize. I continue to believe that we are in for a difficult few years, and there will certainly be some stock market corrections along the way. And we’re already seeing signs of a slowdown in the housing sector.

But financial Armageddon? I’m not onside with that. And if it should happen the way Mr. Dent suggests, it seems to me he is missing one obvious investment alternative: U.S. Treasury bonds. In a deflationary environment, today’s low interest rates will go even lower, perhaps into negative territory. So investors would gain both from an increase in bond prices and a surge in the value of the U.S. dollar.

That said, before anyone pushes the panic button check out some alternative views. Mr. Dent’s ideas sell a lot of books, but there are many qualified experts who strongly disagree with him.