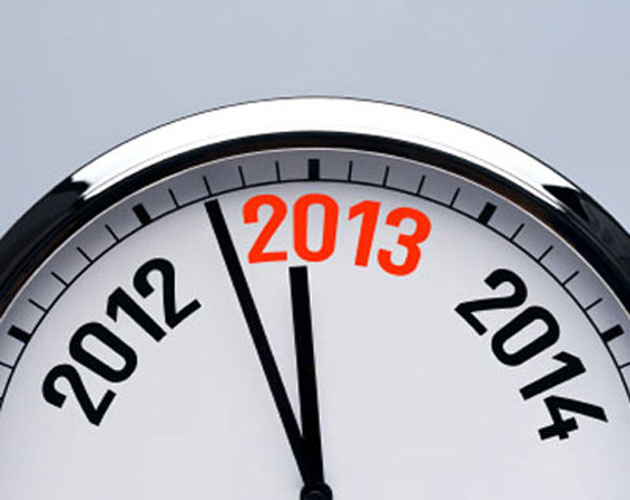 What lies in store for the coming year and what does it mean for your investing strategy?

Last month, I was invited to give my views on what’s ahead for 2013 at a conference of financial advisors. Predicting the future is never easy — something is almost certain to go wrong. But here goes.

European angst continues. There is not going to be any quick and easy solution to Europe’s problems. The fact the crisis has dragged on for this long makes that very clear. And it could get worse before it gets better.

It’s hard to see how Greece can stay in the eurozone. The country is a financial disaster, the jobless rate is at depression levels, and people are rioting in the streets. The only way out may be to dump the euro, renounce all foreign debt, and reintroduce a deeply devalued drachma. That would send a major chill through world financial markets.

German Chancellor Angela Merkel has stated she is committed to keeping the eurozone intact but the big issue in 2013 will be to see whether the voters agree with her and are willing to keep paying the bills.

Slow growth but recession unlikely. We probably aren’t going to see a return to normal growth rates until at least 2015 and it may take even longer. The current situation will likely persist for the next couple of years. But the IMF says there is only a one in six chance of the world falling back into recession. I like those odds.

Mideast tension will unsettle markets. So far, the civil war in Syria has not had any discernable impact on the stock markets. But I’m concerned about the Iranian situation. A pre-emptive strike against Iran’s nuclear installations would hit stock markets hard, drive oil prices much higher, and have a very negative effect on world growth. It’s a real wild card, and one to keep a close watch on.

We avoid the fiscal cliff. The right wing of the Republican Party lost much of its clout and credibility in the election. President Obama emerged as a clear winner. There will be a lot of bluster and breast-beating but a deal will get done.

China regains momentum. The slowdown in China may be causing concern for our resource companies but it’s a lot more worrisome for the incoming politburo. The last thing they want to see is social unrest caused by unemployment and lack of opportunity. They are going to do everything they can to stimulate growth and get the economy back on track. My guess is that we’ll start to see some positive results from that early in 2013.

Gradual recovery in commodities. If China rebounds, it follows logically that commodity prices will too — which would get our resource industries back on track and improve their share prices and the funds that invest in them.

The bond bull ends — maybe! One of the big surprises of 2012 is that bonds have outperformed stocks once again, contrary to all the predictions of last January. We should finally see an end to the long bull market in bonds over the next year — but keep in mind that experts have been predicting that for the past three years and it hasn’t happened yet.

New York beats Toronto. I think U.S. stocks are going to continue to outperform the TSX in 2013 — perhaps by as wide a margin as this year if commodities don’t recover soon. The investment implications of that are obvious.

Gold will do well. The Fed’s latest round of quantitative easing may or may not help to stimulate job growth – there’s a lot of debate on that. But if they keep printing money at a rate of US$40 billion a month it will certainly stimulate the price of gold. US$2,000 an ounce is not an unreasonable target.

1. It looks like the coming year won’t be a lot different from the one we have just experienced, except that bonds probably won’t be as strong.

2. We are likely to see slow growth for at least the next couple of years but the chances of a new recession are relatively low.

3. The best bets for the coming year are yield plays, U.S. stocks or funds, and gold.