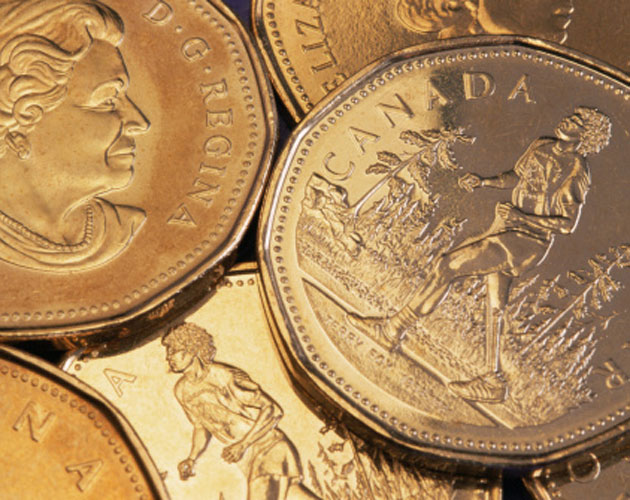 Talk about bad timing. With the March break upon us – the week when thousands of Canadians head to the U.S. for a some sun and fun – the Canadian dollar has decided to go south as well, currently trading for around 97 cents U.S.

Not only has the loonie fallen beneath 3.5 per cent this year against the U.S. greenback but it has reached levels not seen since June of last year.

Analysts blame the loonie’s decline on poor economic news, especially recent data coming out of China. With our dollar pegged so heavily to the commodity markets, the expected weak demand from China for our oil and resources is hurting our currency’s value. Plus there are a number of domestic factors, including slow GDP growth and a flat national housing market, which are placing added downward pressure on the loonie.

In order to stimulate a lagging economy, the Bank of Canada usually steps in and cuts interest rates. However, with rates running at their current one per cent, there’s really nowhere it can go. So it’s likely our dollar will continue to lag behind the U.S. dollar until policy makers decide it’s time to raise rates. Depending on economic developments, the BOC could start upping rates by mid-2014, which might be the next time we see the loonie show some strength.