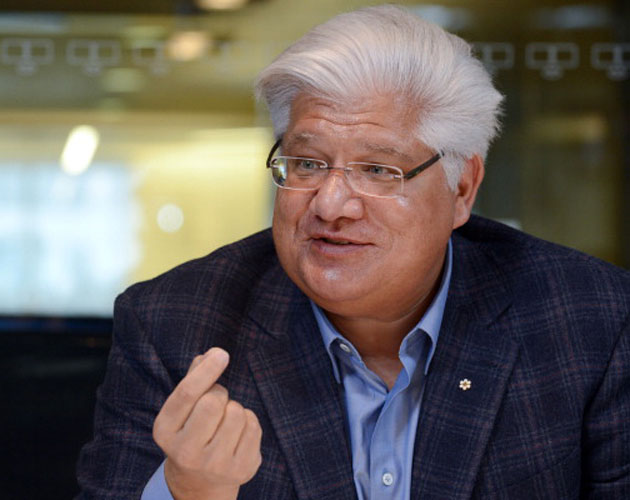 On a day when BlackBerry surprised analysts by reporting unexpected fourth-quarter profits, the company also said goodbye to Mike Lazaridis, its co-founder and vice chairman, would be stepping down in May.

The Turkish-born Lazaridis, 52, along with partner Jim Balsillie were largely responsible for turning the Canadian tech company (then known as Research in Motion) into a worldwide powerhouse. Their BlackBerry smartphone, launched in 2002, was a leader in that category until being usurped by Apple’s iPhone. With both Lazaridis and Balsillie now gone, the company has almost completely severed ties with its past.

“I remain a huge fan of BlackBerry and, of course, wish the company and its people well,” Laziridis said in a statement.

BlackBerry shareholders were cheered by the news that the company showed a fourth-quarter profit of $98 million, compared with losses for much of last year. Although its subscriber base was down, the tech company made up the loss with strong sales of its latest product, the Z10.

“We have implemented numerous changes at BlackBerry over the past year and those changes have resulted in the company returning to profitability in the fourth quarter,” said Thorsten Heins, company CEO.