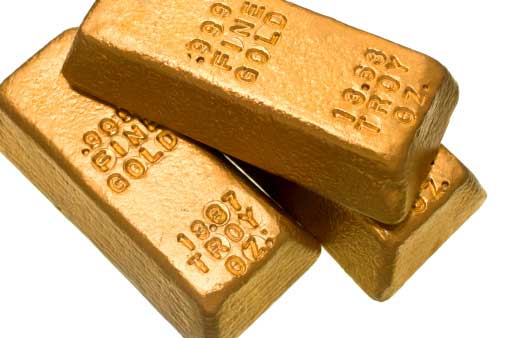 As gold was hammered in two days of trading in mid April – falling 12 per cent in the past two trading days alone and 20 per cent since the beginning of the year – it looked to many that the precious metal’s magnificent run was finally over.

Gold’s incredible rise in value over the past decade was due to investors reaction to the Great Recession. Enthusiasts saw it as something tangible to hold onto during bad economic times, an investment that would retain its worth, unlike stocks or currency, whose value would be weakened over time by inflation.

But with signs that the economy is finally recovering, some analysts (Societe Generale, CIBC,  Goldman Sachs) have begun shifting the sentiment against gold, based on the belief that governments will cut back on printing money, interest rates will begin to rise and the prospect of inflation will recede, thus lessening the demand for the shiny metal.

But not everyone feels that way. Despite the frenzied sell-off, some investors saw it as an opportunity to snap gold up at its lower price. Their activity pushed gold’s value rose slightly higher in pre-market trading.

These gold bugs are not convinced that the economy is in recovery mode nor do they feel that central banks around the world are ready to stop printing money. As inflation begins to hit, they say, investors will come back to gold

Nick Barisheff, CEO of Bullion Management Group Inc, still holds to his prediction that gold will reach $10,000. He blames the recent fall in prices on central bank manipulation but feels gold remains a valuable investment. In a recent report he wrote:

“Have gold and silver fundamentals deteriorated? No. Not in the least. There has been some technical damage and, of course, a temporary weakness in investor sentiment, but the global debt and the loss of purchasing power of fiat currencies, the main drivers of the price of gold, are still increasing by the day.”

“Wealth protection through precious metals bullion ownership is a long-term plan. The gold bull is known for its ability to violently shake off its back those who harbour even a modicum of doubt as it moves towards its eventual goal. I firmly believe that goal will be in five figures before all is said and done, and the world is once again on solid financial footing.”