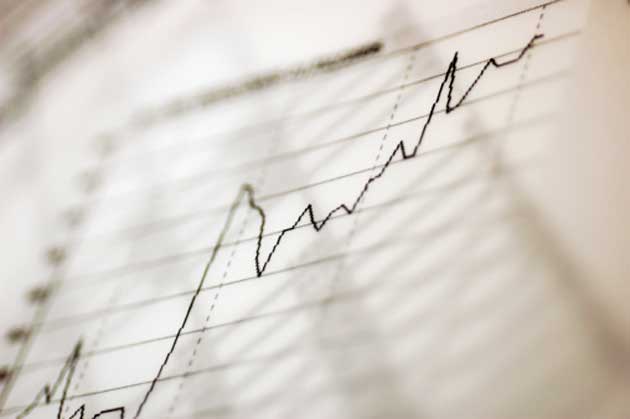 The headlines can be deceiving, to the point where they lead you into making bad investment decisions. You need to know what’s really going on.

Sometimes things are not always as they seem. Media stories can lead us to believe conditions are better or worse than they actually are and push us into bad decisions as a result.

Matthias Brinkmann, who is wrapping up his tour of duty as the ambassador of the European Union to Canada, zeroed in on this point in his departing comments. He told The Globe and Mail he was unhappy with the way Canadian media had depicted events in Europe, saying that he felt they were being negatively distorted.

“There is a handful of countries that have public debt problems,” The Globe quoted him as saying. “Some of them have severe unemployment problems. But there are 28 of us. And a large number of those are thriving.”

There can be little doubt that the steady stream of bad news stories from Europe has discouraged many people from putting any money there. Grinding austerity in Greece. Record unemployment in Spain. Out-of-control debt in Italy. Ireland and Portugal struggling. Why would anyone want to invest in that mess?

Well, guess what? Hard as this may be to believe, European equity funds were the top performers over the year to June 30 with an average gain of 22.6%. We’re all aware of how well the U.S. market has been doing but those funds finished more than two percentage points behind Europe at 20.3%. Every single fund in the European Equity category posted a double-digit gain over the past 12 months with most of them over 20% and a few topping 30%.

Shocked? I have to admit I was too so I took a closer look.

The top performer in the category was the small Chou Europe Fund, which gained 43.5% over the 12 months. It is managed by Francis Chou, who uses a deep value approach to stock selection and maintains a very small, highly concentrated portfolio. For example, as of Dec. 31 (the latest date for which details have been released), almost 14% of the fund’s assets were in British clothing chain Next Plc, with 12% in French pharmaceutical company Sanofi and almost the same amount in Irish discount airline Ryanair. That approach can produce big gains when all the stars align but all it takes is one big loser to send the fund spinning off into negative territory. That explains why this fund has a record of high volatility, which would make it an uncomfortable choice for many people.

Among the more conventional funds, one that stands out is Trimark Europlus which has been a first or second quartile performer every year since 2008. Manager Michael Hatcher has put together a very well balanced portfolio, both in sector and geographical terms. While industrials and consumer staples have the highest weighting, the fund also has strong representation in the consumer discretionary, health care, materials, and information technology areas. Germany is the largest single geographic holding closely followed by France and Switzerland. The fund shows a one year gain of 31.3% and is an above-average performer for all time frames out to 15 years. As of July 18, it had posted a year-to-date gain 18.6%.

Despite the surprisingly strong results in the European Equity category, some people may still be nervous about investing in a fund which specializes in a region which is experiencing economic turmoil and where some of the key players are either in recession or close to it. In that case, consider a global fund that offers some exposure to Europe but also invests in the U.S. and other countries.

One fund that fits the bill very nicely is the venerable Templeton Growth Fund which is enjoying a renaissance under manager Lisa Myers. For years, this was the largest mutual fund in Canada but many investors drifted away over time as returns slipped. But now it is once again among the leaders in its category with a one-year gain of 25.2% and a three-year average annual compound rate of return of 12.7%. So far in 2013, the fund is ahead 19%.

The fund’s geographic focus is the U.S., which accounts for about 44% of the assets. However, European stocks are well represented with Great Britain, France, Germany, and Switzerland accounting for about 29% of the portfolio. You also get some Pacific Rim exposure, especially to Japan and South Korea. This is once again a good choice for more conservative investors – ask your financial adviser if it is right for you.

The important point is to diversify outside Canada. As I have noted on several occasions, our stock market has been one of the worst performers in the world in recent years and there is no reason to expect that to change any time soon, despite the recent increase in the price of oil. You need to have some of your assets in international securities, whether it is mutual funds, ETFs, or individual stocks. Otherwise, you are leaving money on the table.