Get Over Market Fears 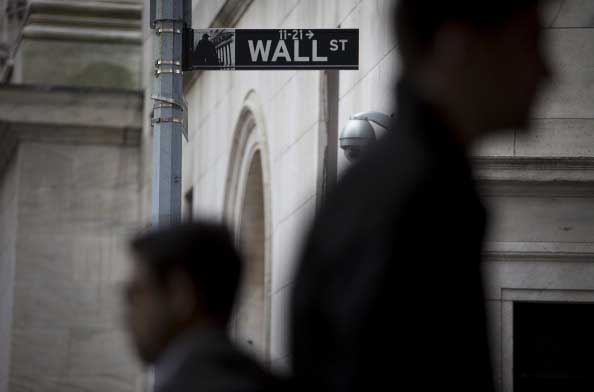 It’s a new world for investors – fixed income securities are now seen as being riskier than stocks.

If you’re sitting on a lot of cash, invest some of it in fixed-income securities for the short term.

Even if you’re older, give a higher portfolio weighting to stocks than to bonds.

Lighten up on Canadian stocks and focus on the U.S.

Those are some of the recommendations being made to investors and financial advisers by Gaelen Morphet, senior vice-president and chief investment officer for Empire Life Investments.

Speaking at a media briefing recently, Ms. Morphet said that the bond market has been oversold in the wake of concerns over rising interest rates and uncertainty about the U.S. Federal Reserve Board’s timetable for winding down its quantitative easing program.

“Interest rates will rise, but not as quickly as the bond market would have you think,” the veteran fund manager said. “If they move up too quickly, I would expect (Fed chairman) Ben Bernanke to take appropriate action.”

As a result, there is more short-term profit potential in the bond market than sitting in cash, she suggested. Empire’s asset allocation fund recently moved some money from cash to fixed-income securities to take advantage of the situation. However, the opportunity will be short-lived, she said. Over the longer term, bonds are going to suffer as rates move higher.

Empire Life has been in the segregated fund business for years but recently launched a line of mutual funds in what CEO Drew Wallace describes as “a natural extension of our business”. The company has more than $11 billion in assets under management.

A lot of that money is in foreign stocks at present. “We have by far the highest exposure to non-domestic equities that I have ever had in my career,” Ms. Morphet said.

The lion’s share of those assets is invested in the U.S., which she feels offers much greater opportunities than Canada at present.

“It’s not that we’re negative on Canada – we feel some segments offer good value, such as the banks. But we believe there are better opportunities elsewhere, especially in the U.S.,” she said.

She is less bullish on Europe, noting that there is still the potential for fiscal and economic crises which could knock back the markets.

So if equities are the place to be, which ones does she like? As a value manager, Ms. Morphet and her team focus on high-quality, dividend-paying stocks.

One of her top holdings is Apple, which I commented is something of a surprise since it is normally considered a growth stock. She agreed but noted that it is now showing up in value portfolios because the stock price was “over-penalized” by the market as a result of missed targets. She pointed out that Apple has great earnings potential, a low p/e ratio (12.5, trailing 12 months), and pays a dividend. “We think it’s trading at a huge discount. We believe the long-term intrinsic value is $900 a share,” she said.

Ms. Morphet acknowledges that many investors are still fearful of the stock market, remembering what happened in 2008-09, and are more comfortable in fixed-income securities. Her message to them: Get over it.

“Despite the gains of the past couple of years, I believe the U.S. market is still fairly valued and I’m not concerned about another crash,” she said. “We see more risk in fixed income than in equities.”