Stock Smarts: What Could Go Wrong? 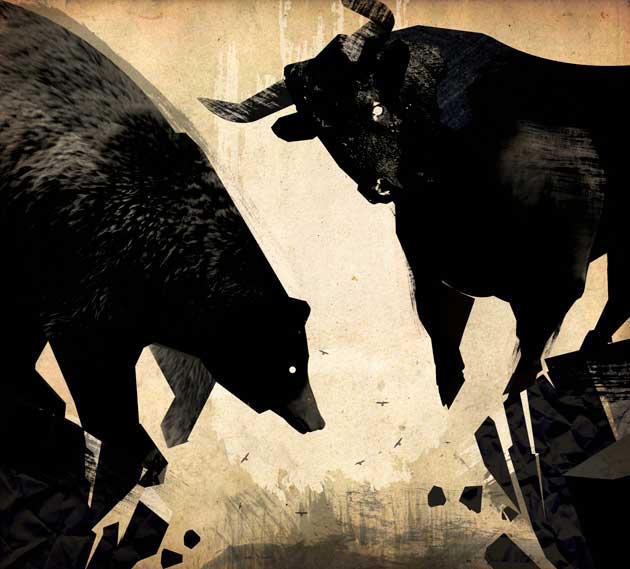 Compared to years past, stock markets have been fairly calm this year. But we’re now into September, historically a volatile month. Gordon Pape looks at the potential dangers.

Welcome to September, historically one of the two most volatile months of the year for stock markets, October being the other. Will it be more of the same this time around?

On the surface, things look fairly tranquil as we leave the summer behind. The North American economy seems to be slowly gathering momentum, albeit with the periodic sputter. China says it is on target to meet its economic goals for this year. The eurozone crisis has faded to background noise as German voters prepare to go to the polls later this month. What could possibly go wrong?

Lots, starting with the imbroglio over Syria. Despite the British Parliament’s decision to reject military action in response to the alleged use of chemical weapons by the Assad regime, there is still much uncertainty over what happens next. France says it is still gung-ho for retaliation and in Washington President Obama says he wants to launch a short-term surgical strike. But the waters have been muddied by his decision to consult Congress first and there’s no way of knowing how that will go. Meanwhile, Iran is making noises about retaliation against Israel if the U.S. targets Syria, raising the spectre of a much broader war. It probably won’t go that far but tensions are high and the danger is real.

Then we have a looming political and economic crisis in Italy when the coalition government is hanging by a thread and the country is plunging deeper into debt by the day. Unlike Greece, Italy is too big to bail out. If the situation continues to deteriorate, we could be looking at another euro crisis.

Finally, there is a new storm gathering in Washington. Last week, Treasury Secretary Jack Lew sent a letter to Congressional leaders warning that the U.S. will hit its legal debt ceiling of $16.7 trillion around mid-October (all dollar figures in American currency). Unless Congress acts to raise the ceiling, the United States will be facing the prospect of defaulting on its obligations after that. Where have we heard this before?

Back in the summer of 2011, a huge battle erupted in Washington over what previously been had been a routine resolution to raise the debt ceiling. The Republicans, under pressure from the ultra-right Tea Party wing, refused to agree to the plan without a promise of corresponding spending cuts. The impasse degenerated into a caustic war of words between President Obama and Speaker of the House John Boehner. Media stories focused on the financial turmoil that would be created if the debt ceiling deadline passed. Investors panicked and stock markets tumbled. The uncertainty contributed directly to the controversial decision by Standard & Poor’s to downgrade the U.S. credit rating from its coveted AAA level to AA.

In the end, a compromise was reached and a crisis was averted. But it was a temporary solution that only put off the showdown until another day. That day is now fast approaching and this time around there is the potential that events could spiral out of control, culminating in a partial shutdown of U.S. government operations.

How has it come to this? It’s important to understand the psychology of the right-wingers in Congress to make any sense of what seems to be a suicide mission. These people fervently believe that America is heading for the greatest financial crisis in its history and that reining in government spending is the only way to head it off.

They claim the national debt has gotten so far out of hand that even if Americans were taxed at a 100% rate on their collective income, it would not be enough to pay it off. Moreover, the three quantitative easing programs undertaken by the U.S. Federal Reserve Board have only served to exacerbate the situation. By pumping billions of dollars of new money into the economy ($85 billion a month at present), the Fed is setting the stage for an inevitable devaluation of the greenback and the probability of hyperinflation, which would destroy the economy.

“It’s the classic Keynesian solution,” one critic of government policy said. “Keep the boom going however you can, even if it means the train is heading directly for a cliff.”

This may seem like an apocalyptic view but to the Tea Party and its supporters it is simple common sense.

In his letter to Congress, the Treasury Secretary warned that if action is not taken to raise the debt ceiling it will “cause irreparable harm to the American economy.” We can expect to hear many more such dire warnings in the next few weeks.

Despite a weak performance by several Tea Party candidates in the 2012 election, the Republicans haven’t budged from their position on the issue. Earlier this summer, Mr. Boehner reiterated that his party isn’t willing to move off its stance that the debt ceiling cannot be raised without spending cuts being part of the deal. President Obama, for his part, says he is not prepared to tie spending cuts to the issue. Preliminary talks to reach a deal broke down last week. If, as expected, the situation escalates, each side will accuse the other of irresponsibility and brinksmanship. The difference is that, this time around, we might in fact go over the brink although another interim deal which will again kick the can down the road is more likely.

As the debate heats up in the coming weeks and grabs more media attention, the markets will become increasingly antsy. If it degenerates into a full-blown crisis, watch for a market sell-off in early to mid-October.

So what could possibly go wrong? As I said, lots.