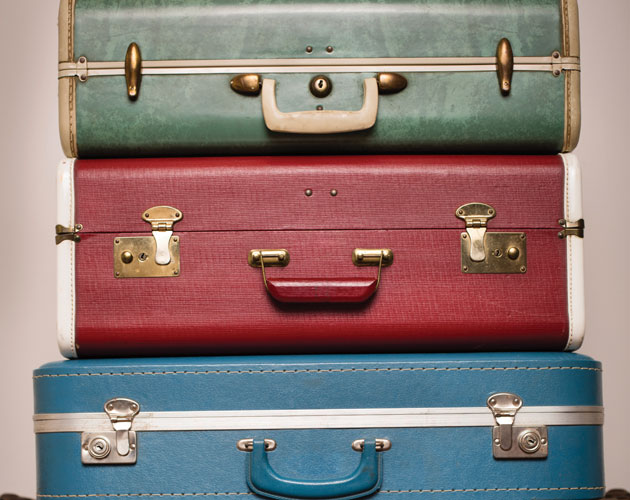 Let’s face it – we may be Canadians but we really don’t like the cold. That’s why so many of us flee to the sun during the winter.

The actual numbers are staggering. Visit Florida, the state’s official tourism agency, reports that in 2012 a record 3.6 million Canadians spent time in the Sunshine State. That’s more than 10 per cent of the entire population of this country!

Add in those travelling to Texas, Arizona, California and other points south, and you have a huge exodus of Canadians heading to warmer climes in winter. If you’re going to be among them, there are several things you need to know before you pack your bags. Here are five tips that may save you money and avoid a lot of frustration.

1. Get travel insurance
A few years ago, my late wife was suddenly taken ill during our Florida vacation and had to spend a week in hospital. The medical care was first-rate, and the facilities were akin to a four-star hotel, with private rooms for all patients. As you might expect, the bill was correspondingly high. Without insurance, it would have cost us tens of thousands of dollars. Since we had coverage, we paid nothing – not one penny from our own pockets. Moreover, we had excellent telephone support all the way through. We were fortunate. Based on reports in the media, including an in-depth feature on CBC’s Marketplace, many Canadians are having their claims denied due to technicalities. Usually, this involves not completing the application form correctly. It’s easy to make a mistake; some of the forms are lengthy and complex. It’s a good idea to have your family doctor review it with you in advance. What’s the point of paying hundreds of dollars in premiums only to find the protection isn’t there when you need it?

2. Be wary of private rentals
There are many websites where you can find accommodations for rent by owners. Most are legitimate, but scammers are always a danger. A typical ploy is to advertise a property that the con artist doesn’t actually own and demand payment in advance. When you show up to take possession, you discover you’ve been had.

There are two ways to protect yourself. The first is to work through a reputable agency. If you’d rather deal directly with an owner, call the manager of the community in which the condo is located to verify that the person you’re dealing with is genuine. If it is not a gated community, check the local land registry.

One of the most popular websites for private rentals is Vacation Rentals by Owner (VRBO), which can be found at www.vrbo.com. But fair warning – most of the best spots have already been booked for this winter.

And here’s a tip – if you’re renting for the whole winter, have the lease written for six months and a day. That way you avoid Florida’s 11 per cent hotel sales tax. You can effectively get an extra month for only a couple hundred dollars more.

3. Think before buying
If you’re planning to spend the winter, you may be tempted to buy your own place instead of renting, especially since prices are still relatively low in many areas. Having been a Florida property owner myself for 14 years, I suggest you give it a lot of thought. There are pitfalls you are probably not aware of.

For starters, Florida’s property taxes on non-resident owners are outrageously high. You’ll think the taxes on your Canadian home are cheap once Florida gets you in its clutches. Then there’s the risk of being caught up in U.S. estate taxes if the owner of the property passes away. Add in all the costs associated with a warm weather climate (pest control, mould damage, pool maintenance, etc.) and the worry about hurricanes every summer.

4. Keep track of your time
Both the U.S. and Canada are interested in how long you spend down south. Your province wants to know if you’ve been away too long to maintain for health insurance. The limit varies from one province to another; Ontario allows you to be gone for 212 days or about seven months while the limit in Alberta is six months.

The U.S. is interested in the length of your stay because they’d like to tax you – the Internal Revenue Service (IRS) is desperate for money and will get it anywhere it can. Long-stay visitors have to meet a “substantial presence” test to determine if they might be taxable as a “resident alien.” To determine if you fall into this category, apply the following test:

If the total is greater than 182, you qualify as a resident alien.

To illustrate, if you spend 150 days (about five months) in the States this year and the same amount in the two previous years, the total based on this formula would be 225, well in excess of the limit.

You can still get around paying U.S. taxes by filing a form that proves you have a “closer connection” to Canada than the U.S. If the IRS accepts it, great. If not, you could be hit with an unpleasant surprise in future.

5.Get the best exchange rate
Now that the loonie has fallen back below par, it’s even more important to get the best exchange rate you can. That’s not easy. The rate charged at your local bank will be nothing like the posted rates you see in the business section of the newspaper. The exchange rates for U.S. dollar expenses on Canadian credit cards can be even worse, plus such cards typically add a 2.5 per cent surcharge on foreign transactions.

If you plan to spend a significant amount of time in the States, I recommend you open a U.S. dollar account at your Canadian bank. Exchange your money at the best possible rate – the Canadian Snowbird Association offers a special currency exchange service, go to www.snowbirds.org/snowbird-currency-exchange for details. Then deposit it to your U.S. dollar account.

At the same time, apply for a U.S. dollar credit card. This will allow you to make purchases in the States and be billed in U.S. dollars, with no exchange costs. Pay the bills from your U.S. dollar bank account. No more surprises!

Most major banks now offer U.S. dollar credit cards. Expect to pay an annual fee of between US$35 and US$65 but that may be waived if you use other bank services.

That’s it. Enjoy your time in the sun.

Gordon Pape’s new books are Money Savvy Kids and an updated edition of Tax-Free Savings Accounts, available in all bookstores as well as in electronic formats.