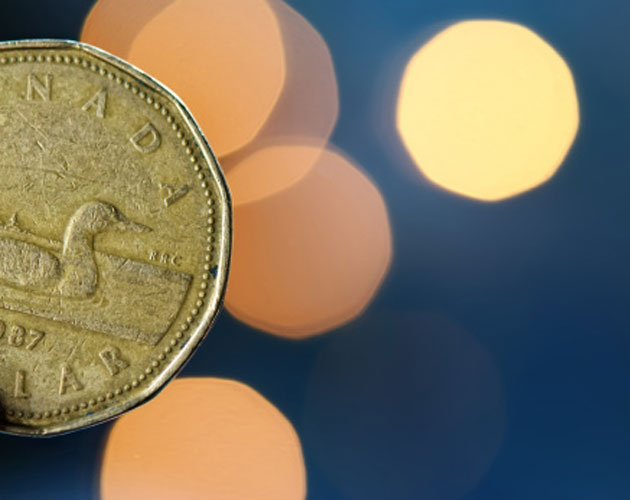 Whenever the Canadian dollar starts tanking against its U.S. counterpart (at press time, it was 92 cents U.S. and falling), it sparks the eternal debate: yes, it’s good for manufacturers and exporters but it’s bad for travellers and might lead to inflation.

The loonie’s recent sharp decline has even touched off rumours that the Bank of Canada is “stealthily engineering devaluation … as a tonic for the economy.” (Globe and Mail). Sound familiar? Back in May 1962, the Progressive Conservative government led by John Diefenbaker (pictured here at a 1957 conference on U.S./Canadian relations at Dartmouth College, NH) attempted a similar tactic to fight economic recession, devaluing the Canadian dollar, which was then hovering at par, down to US92.5 cents. The move became a national issue, wags dubbed it the “Diefenbuck” and fake “Diefendollars” – worth 92.5 cents – were distributed across the country.

Tagged as incompetent fiscal managers, Diefenbaker’s Tories were punished in the June 1962 elections, returning to Ottawa as a much-weakened minority government.