Iraq and the TSX 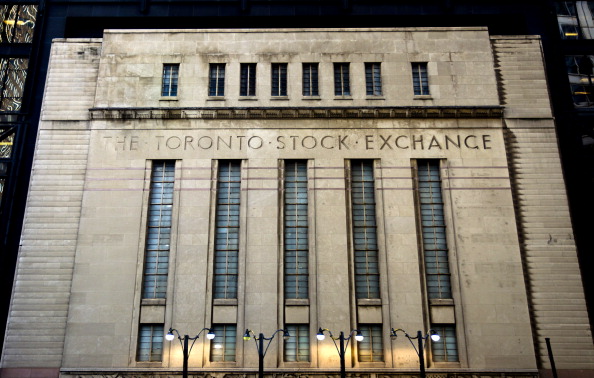 Energy stocks shoot up as jihadists seize huge sections of the country.

A small but well trained and battle toughened army of jihadists has swept across northern Iraq desert sandstorm, roiling oil markets and sending political leaders in both the Middle East and the Western world into emergency mode.

The militant group, which goes under the name of the Islamic State of Iraq and the Levant (ISIL), has seized key cities and now threatens the capital, Baghdad.

So far, the militants, whose goal is to create a medieval-style caliphate that incorporates the Sunni areas of Syria and Iraq, have not taken control of any of the country’s major oil fields, which are mainly located in the south and in the autonomous Kurdish region. But they have besieged the country’s largest oil refinery and the threat of an all-out civil war could cut into Iraq’s production, which was running at about 3.3 million barrels a day in April. The country has the fifth-largest pool of proven reserves in the world.

As a result, the price of crude moved sharply higher, pushing gasoline prices to record highs in some provinces and providing a windfall for Canadian oil companies and their investors. As I write, the S&P/TSX Capped Energy Index is up 9% for the month of June and was showing a year-to-date gain of 23.2%.

That’s well ahead of the pace set by the S&P/TSX Composite, which at that point was up 10.9% so far in 2014. The Capped Energy Index is now at its highest level since the spring of 2011.

The up-tick provided by the Iraq situation may only be temporary – we’ll see how it plays out in the coming weeks. If the conflict broadens into an all-out sectarian war, as it threatens to do, Iran may commit forces to shore up the weak Iraqi government (in fact some reports suggest that has already happened). In that situation, oil prices could rise even higher with some analysts suggesting we could see US$110 a barrel before month-end.

Canadian energy stocks were having a strong year even before the jihadists swept into Iraq from northern Syria, despite the chronic problem of market access that has frustrated oil producers and pipeline companies.

The Keystone XL pipeline remains bogged down in Washington’s bureaucracy and TransCanada Corp. CEO Russ Girling now says he has no idea when it will be built (he’s still confident it will happen eventually) or at what price. The project was originally budgeted at $5.4 billion but the final cost will be much higher. How high? Mr. Girling won’t comment, saying only: “There’s no sense announcing new costs until we actually know when we’re going to start construction.”

Meanwhile, the federal government has given its blessing to the controversial Northern Gateway pipeline. But that doesn’t mean Enbridge Inc. will ever build it. The opposition to the plan from First Nations and environmentalists is fierce and the British Columbia government is only lukewarm to the idea at best.

Battles are also shaping up over Kinder Morgan’s proposal to twin its existing Trans-Mountain pipeline to Vancouver and TransCanada’s ambitious $12 billion Energy East project, which would move Alberta crude as far east as Quebec City and St. John, New Brunswick.

Some of these projects will eventually become reality but that is years in the future. In the meantime, oil companies are increasingly relying on rail to move their output to markets, at higher costs and increased environmental risk. Finance Minister Joe Oliver, who until recently held the Natural Resources portfolio, said recently that the discounted prices that producers are forced to accept for their landlocked oil cost the Canadian economy $30 billion last year. “Canadians need to understand the consequences of not moving our resources to tidewater,” he said.

You’d think that in light of all these problems, energy stocks would have been in the doldrums prior to the jihadist-inspired spike in the price of oil. But that isn’t the case. The sector has rebounded strongly, thanks in part to the lower Canadian dollar, and there appears to be more upside potential, especially if the Iraqi conflict widens.