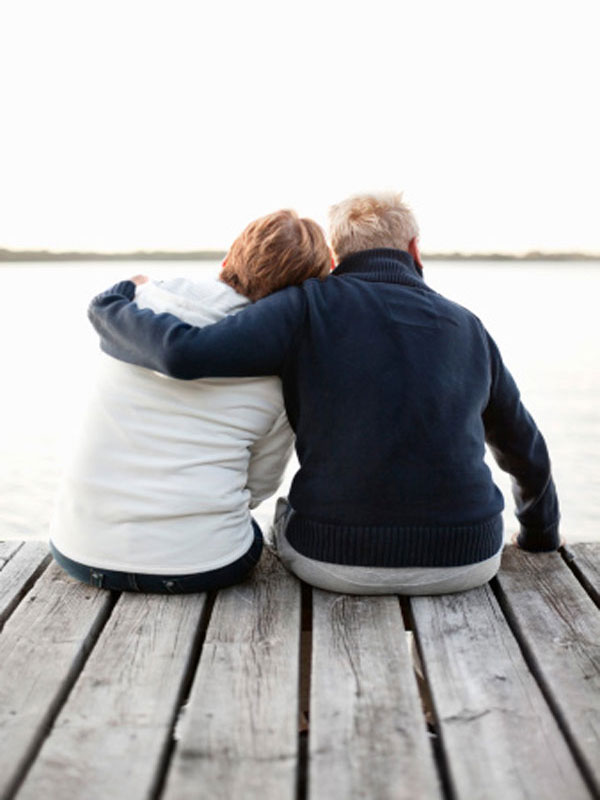 Big city lights, suburban living or the charms of a small town? Whether you’re looking to downsize or simply make a change, we look at the benefits of these three different lifestyles.

If you find yourself drawn to the big city, chances are it’s for a lot of the same reasons that may have taken you there in your youth. “Some people have a need for museums and art galleries and operas,” explains Linda Comrie, a sales representative with Re/Max Realtron Realty Inc. “I think those are the people who most want to move to the city.” Ready access to cultural events and activities is certainly a big draw, but downtown life also boasts an energy many retirees find attractive. “They want not just a one-to-one connection with their peers but the feeling of being part of a bustling, energized city,” Comrie says.

“There’s some people who just love going out on the street and being downtown,” says Alexander Henderson, a real estate solicitor with Oiye, Henderson Barristers and Solicitors in Toronto. Henderson goes on to describe a client of his, who, in December, decided to move out of a retirement home and into a condo on Toronto’s fashionable Esplanade. “She’s 86. She hates the music and the pubs but she loves being around the young people.” Though moving into a hip condo may require you to compete with other buyers, Comrie says “You’re at an advantage [over younger buyers] because you have the money and don’t need financing. You’re going to win that offer every time.”

Another major bonus of life in the city is easy access to transportation and medical services and facilities. Later in life, the financial and physical requirements of car ownership can become quite onerous. The public transit and proximity to hospitals available in the big city can save you from dependency on a friend or relative or feeling trapped by the burden of a taxing expense.

Shifting into a condo or a step-down care facility (a condo or apartment connected to a nursing home or long-term care facility that includes access to nursing and support staff services) can also eliminate yard work and property maintenance — both of which become increasingly difficult with age. According to the TD Canada Trust report, more than half of Canada’s boomers are considering a condo for their next move because of the drop in required maintenance.

With on-site concierge, security, management and maintenance staff, Comrie points out that properties located within larger complexes can eliminate a lot of concerns for snowbirds and regular travellers. Ten per cent of Ontario boomers currently own a vacation property, and nearly a third are considering buying a property south of the border. The ability to lock your door and leave, confident that your home is safe, could prove to be invaluable for a huge number of globe-trotting boomers.

Both Comrie and Henderson advocate making your first move as early as you can. “The first one, out of the family home, is always the hardest,” says Comrie. “There’s a lot of guilt tied to the feeling of being keepers of the family memorabilia.” Henderson recommends putting excess possessions that still carry some emotional attachment into storage. “Eventually, you’ll get sick of paying the storage fees, and it will force you to make some tough decisions.”

The most important reason to downsize early is to ensure your freedom of choice and mobility. “It’s easier to make the second transition than the first,” says Comrie. “If the first decision doesn’t work out, you won’t be trapped.” Relieved of the emotional burden of leaving the family home, “you’re free to make the next move, and the next.”

The suburbs, suggests Travis Persaud, allow Zoomers to right-size in their comfort zone.

Growing up and constantly moving across Canada wasn’t easy for Joan Deason, but she found comfort in her family, who helped her make the transition as smooth as possible.

“My father worked for General Motors, and we moved all over — Winnipeg, Montreal, Moncton, Oshawa, Regina …” Deason explains. “But it was very easy when I was young. My parents helped us cope, and there were always other General Motors families where we moved, so we had a GM family to rely on.”

Deason, who’s about to turn 80, recently moved — likely for the last time — with her husband, Thomas, 86, from the home they lived in for three decades. While they still enjoy theatre and other cultural offerings, they made a concerted decision to remain in a suburb east of Toronto to stay close to their community.

“Moving from a fairly large home into a small apartment in the suburbs was tough,” she says. “But we live close to our children and grandchildren, and that’s made it much easier.

“There’s a newness, but it’s not like moving to a new city, which for seniors can be very sad. Some seniors move to a place where they don’t know anyone — they’ve left everything behind, they don’t have a routine … it’s just not a good thing.”

That’s a sentiment that Margo and Brian Salnek wholeheartedly endorse. They’re the founders of Move Seniors Lovingly (www.moveseniorslovingly.com; 1-888-884-0804), a company that takes care of all aspects of a late-in-life move, mainly working in suburban areas surrounding Toronto, such as Mississauga, Oakville and Burlington — including the neighbourhoods of Streetsville, Malton, Bronte, Clearview, Shoreacres and Dynes.

The Salneks have assisted seniors with moves for the past six years, doing everything from arranging the sale of their current home and packing to unpacking their belongings in their new home and helping them decide what possessions are necessary to keep and what can be sold or given away.

It’s their wide range of services and expertise that made the Deasons’ move as easy as possible. “If it hadn’t been for Margo, I would have been lost,” Deason says. “They were so kind and, as a senior, that’s what you really need. You’re saying farewell to something you’ve been involved in for a long time.”

NEXT: A NORTHERN ESCAPE

Small towns, says Peter Muggeridge, not only offer scenic charm, they’re an affordable option for those turned off by big city prices.

In the late 1980s, when the uranium industry began to close down mines and pull up stakes in Elliot Lake, city planners were scrambling for ideas to keep the community from turning into just another northern Ontario ghost town.

The solution was revolutionary. A newly formed body called Elliot Lake Retirement Living (ELRL) would buy and spruce up the company-built workers’ homes, turn them into affordable housing units, reinvent the city as a retirement community and then get busy convincing people to retire to an off-the-radar town many had never have heard of.

It seemed like a long-shot — especially the notion that people would willingly retire to such a remote community. But, in the 20 years since the plan was green-lighted, ELRL now boasts more than 1,400 rental units with a stunning 93 per cent occupancy.

Ian Ross, 67, is one retiree who took the leap and retired to this re-imagined mining town. Born and raised in a high-density Toronto neighbourhood, Ross worked in the television industry. In 2006, his career winding down, Ross decided he needed “to get away from it all.” Aware of the retirement opportunities offered in Elliot Lake, he visited the town, signed a rental agreement on a one-bedroom apartment and hasn’t looked back.

Ross loves the natural beauty of his adopted city. “I step out into my backyard and I’m in the wilderness,” he says. He stays connected with the world through Internet and HD satellite TV, listens to music and tours around on his motorcycle. “I come back to Toronto once in a while to visit friends, buy some trinkets or go to a movie. But I don’t miss it. Last time I was there, I cut my trip short just so I could get back to Elliot Lake.”

People who don’t have a high income or whose options are limited by the amount of equity they have in their current houses opt for the more affordable rental units that many small towns offer. Once they’ve relocated, they often set their sights on taking advantage of the area’s bargain house prices.

Marielle Brown, manager of ELRL’s marketing and sales, says this is a major reason behind Elliot Lake’s success. “We’re one of the most affordable options for retirement living in Ontario,” Brown says. The cost of housing induces a double take: a one-bedroom apartment starts at $475 a month and a two-bedroom goes for $575 a month. The apartment units and homes, built in the ’70s and regularly updated, are integrated into neighbourhoods around town.

“Yes, the prices attract interest,” says Brown. “But the town really sells itself on its own.” Including the sheer beauty of the area, she rhymes off the many services that make the town attractive to retirees, including a hospital and abundant health services (rare for a town this size), city transit, golf, skiing, snowmobiling, fishing and water recreation.

There are, of course, trade-offs when setting up house so far away from a large urban setting. The town has one mall — those who need larger scale shopping experiences have to go to Sudbury or Sault-Ste Marie (both two-hour drives). And while Elliot Lake has an active arts community, it lacks the cultural and pro sporting offerings of a larger city.

Isolation and loneliness also come into play. There’s no train station, and the city airport does not have daily service. Those with close family ties often find kids and grandkids unwilling to make the long trek up north.

And then there’s the climate. “People have to understand we do get winter here,” says Brown. January is bitter, with a lot of snow and an average temperature of -10 C, but the spring, summer and fall temperatures are reasonable and may be perfect for outdoor enthusiasts.

In the end, before making a drastic move, you’ll have to weigh the pros and cons: does an area of scenic beauty with no traffic, pollution or crime trump the amenities offered in a city? If so, a smaller community may be calling.