So Happy Together: Senior Co-Housing 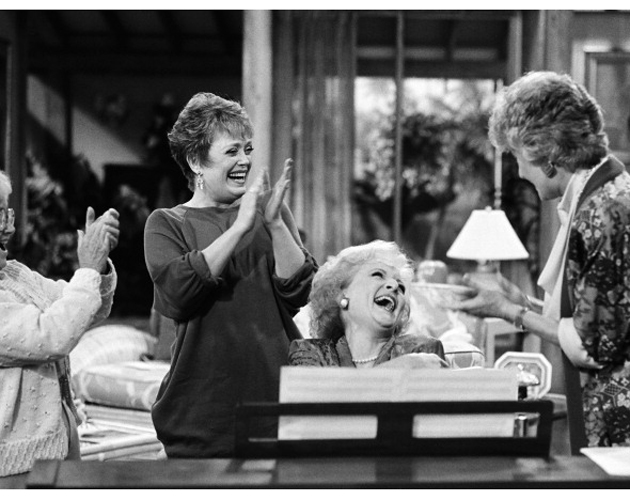 Can a revolutionary senior co-housing model work across Canada?

Gwen Kavanagh never planned on becoming an advocate. But those plans changed when the financial adviser witnessed an older client struggle with loneliness and depression upon moving into a retirement home. Physically fragile and shy but with his mind fully intact, the man found little interest in the organized activities. “He would go to his room and try to sleep the day away,” Kavanagh recalls. “But when I came, he would perk up and we’d have great conversations. It really bothered me.”

She searched for other housing options that provided someone his age the required level of care while encouraging a sense of independence and a warm, intimate environment with like-minded residents. But Kavanagh was frustrated to find no alternative.

Inspired, the activist started a CARP chapter in her town of Barrie, Ont., and made housing its priority. It wasn’t long before she found the answer she was looking for – in Bracebridge. It was there that Kavanagh heard a presentation by Shelley Raymond, president of Solterra Co-housing, on a new housing arrangement for seniors.

The co-housing model enables a few seniors to buy a percentage interest in a home, each owning their private room and sharing the common areas. Residents contribute jointly to the utilities, common expenses, taxes and any care costs – and make household decisions together. A caregiver – “the house mom” – is responsible for housekeeping, food shopping and preparation, arranging any outings and general maintenance.

One of the first proponents for co-housing in Ontario, Muskoka-based Raymond was motivated to become an advocate by personal circumstance. “I was a desperate caregiver,” she shares. Faced with two ill elderly parents who could no longer care for one another, Raymond initially packed her bags and moved out of her family home to live with them.

“Then I freaked out,” Raymond recalls. “I was overwhelmed. I realized I had to figure something out.” Every night she’d sit at the computer in her parents’ basement researching accommodation options from around the world for seniors like her dad who refused to live in a retirement home, couldn’t live alone and didn’t want to uproot his whole life. Hope was renewed when Raymond found co-housing models in Denmark, Australia and the U.K.

She then met a man in Bracebridge who agreed to renovate and sell individual rooms in his large home, so he could also bring his wife home from a private caregiver. Her father happily bought in – and co-housing for seniors in Ontario was born. With careful consideration of building codes, provincial and municipal legislation and human rights laws, Raymond then founded a company that develops co-housing options across the province.

It’s a development Kavanagh applauds. “You keep your independence, you still own property, you eat right and you do away with loneliness and elder abuse because, with so few in the home, someone is paying attention,” she says, adding no home should have less than four or more than six residents in order to create a sense of family and avoid feeling institutionalized. The senior residents, moreover, jointly decide what is allowed in their individual home. Pets? Smoking? All up for discussion. And lest anyone worries, Kavanagh sets the record straight: “You can be voted off the island.”

Invigorated by the new option, Kavanagh launched a senior housing committee in Barrie, brought Raymond in for support and started advocating for a co-housing project in her town. “I went in whole hog,” she says, determined to make it work.

The process hasn’t been easy. Getting approval from legal and planning departments at various levels of government was one thing. But other hurdles presented themselves, too. HST continues to be a big one. Kavanagh is currently fighting the law that says every new building – even one developed by caregivers – has the dreaded tax added on to its already hefty bill.

That banks aren’t exactly running to finance these untested ventures hasn’t helped, leaving private investors the primary route forward. Her one saving grace was not having to deal with an obstacle Raymond faced in Bracebridge: municipal by-laws that place restrictions on co-housing developments altogether, an enduring Achilles heel.

Despite challenges, Kavanagh came close to seeing the first co-housing build in Barrie last year. The developer pulled out last minute, and she was devastated. But the advocate is at it again, though this time focused on rebuilding an existing home instead of developing one from scratch. Having already garnered enough presales, Kavanagh is hopeful. Growing support for the innovative project adds to her optimism. The city of Barrie, for example, included co-housing in its new affordable planning strategy, and the Canada Mortgage and Housing Corporation added the option to their website.

More interest will follow across the country, say Kavanagh and Raymond, convinced co-housing is the wave of the future. Consider this: there are 1.9 million seniors in Ontario, a number projected to rise to 4.1 million by 2036. “In Ontario, eight per cent of the population within the next 10 years is going toward the health-care system, with 30 per cent coming in the next 20 years,” says Raymond. And with only 84,000 beds available in Ontario’s retirement homes, “It’s simply not sustainable the way it is now,” she adds.

Then there’s the cost. “We’re saving the government close to $43,000 a year by keeping people out of nursing homes,” says Kavanagh. And as opposed to retirement homes – costing $3,000 to $4,000 a month – where there’s no guarantee you’ll have a bed if you run out of money, co-housing ensures seniors always retain equity in their home. Sharing expenses helps seniors live for less, too.

Those views are echoed by a Ryerson (University School of Urban and Regional Planning) student group, which helped Raymond develop a co-housing planning framework last year. Researching the changing demographics in Canada and examples of co-housing across the globe, the students came to some strong conclusions.

“Options for long-term facilities are limited for seniors, and they’re really expensive,” shares student Sarah Marchionda. “We found that the benefits of co-housing are financial, social and emotional.” It’s a finding the group will be speaking about at an upcoming Canadian Institute of Planners conference this summer.

The more publicity the better for Kavanagh, who hopes to see the model catch on across Canada. There is also talk about eventually introducing co-housing with rental options. But that comes later. For now, there’s a CARP Barrie Health and Home conference in June, with affordable housing an important focus, and a first co-housing home to oversee. “It’s a long haul, but we’re gradually making inroads,” she says of her three-years-and-counting endeavour. “I think once we get a few going, there will be a huge cry for it.”